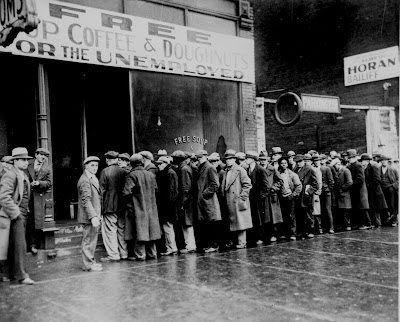 “The unemployment rate understates the real weakness in the labour market, no doubt about it. … Real unemployment is rising much faster than the official rate.”-- Benjamin Tal, an economist at CIBC World Markets

It’s perhaps the most over used and possibly most irrelevant statistic quoted by the government these days, the “official” unemployment rate, the bell weather number that the government, social service agencies and business leaders use as their indicator of how the economy and Canadians in general are doing.

The monthly recitation of numbers, a listing of the employment levels of the past month is always highlighted on the newscasts and in government handouts, and in the end they are stats that may mean nothing at all.

The Unemployment rate as calculated these days’ offers but a snap shot of those that may have recently lost their employment, an influx of unemployed workers that leaves many others as uncounted statistics.

Lost in the press releases and the shuffle of numbers are those that have been forced to leave full time jobs for part time ones, or those that have abandoned the job search or fallen beyond the realm of unemployment and onto the welfare rolls..

It’s the unknown statistic that must leave government officials uneasy, just how many Canadians are considered unemployed or underemployed. And what would Canadians say if that true number was ever finally accounted for.

The numbers as they exist officially now never seem to provide the full impact of an economic downturn, one which sends former working men and women orphaned off to whatever programs are there to hide the true numbers of those out of the work force, filling in spaces while everyone hopes that the times get better.

Beyond even that reality though, are the workers that don’t even look for work anymore. It’s those that have lost jobs that are more aware than anyone, knowing that with every new announcement from industry or government of job reductions, the competition for those dwindling job opportunities is growing.

The Globe and Mail has an interesting article posted to its web site today that outlines how the real numbers may be worse and highlights the differences in unemployment status and how it’s a double edged sword for some Canadians, many who may take part time work after their full time jobs are eliminated, but in the end may disqualify themselves from EI benefits that they paid into for many years.

It’s a pattern that is developing fast, as more and more industries follow the lead of American businesses and downsize their staffs, mainly by cutting many long time workers to part time status.
.
An increasing trend in the USA and one that many economists say will come to Canada as well, a trend that will be moving many from one statistical pile to another and then off the desk completely it seems, to yet one more category.
.
That of out of sight, out of mind...
Posted by . at 2:22 pm