Carole James takes a shot from an unexpected quarter 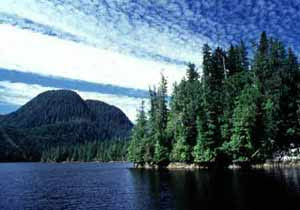 "The NDP has chosen what they think will be a publicly acceptable but climate-irresponsible approach. And that is, they want to step backward the pricing of carbon and backwards on the policies that are in place in the hopes that that may get them elected," -- Merran Smith, of ForestEthics, outlining disappointment with the NDP's environmental plans.
The provincial election campaign is considered to be "officially underway" on Tuesday, though in reality the campaigning has been going on for a few weeks now, but the actual launch date was always listed as April 14th, the day when the candidates for BC's 85 Legislature seats will begin their full out assault for your vote.
Watching the television over the weekend was proof enough that the campaign is underway, the attack ads of both the NDP and the Liberals, not to mention the various shadow groups that support both all of which have taken over a good portion of your television viewing time in the last few days.
Some with a wee bending of the truth, some with what surely must be whoppers of interpretation of recent events of British Columbia history. For the most part they break down among the usual suspects, the labour based advocates of course finding fault with the Liberals, while the business community for the most part seems to be finding the cash to outline their concerns over any potential turnover of the province to the NDP.
However, the first surprise of the campaign came on Monday. That with an announcement from a number of prominent members of the environmental movement that they were very disappointed with Carole James and her NDP platform when it comes to the carbon tax plans of the Liberals.
The NDP has apparently lost the support of the David Suzuki Foundation, the Pembina Institute and ForestEthics, all of which have decided that they cannot abide with the James plan to scrap what she describes as a bad tax.
The traditional allies of the NDP didn't mince their words in their evaluation of the NDP decision to drop the tax, suggesting that political electability has become the guiding force of the NDP heading into the election, a decision that has come at the expense of the environment.
And while you have to admire their dedication to their beliefs, there was no clear indication as to where the trio of environmentalists were inclined to send their endorsements. Though one would have to wonder if they have fully examined the Liberal record on the environment, which despite the much trumpeted carbon tax initiative of the Premier, has at any other number of times been sketchy at best.
.
The Liberals didn't quite receive euphoric accolades for the Premier's vision on the environment, but they did find that today's announcement could be useful as they took advantage of the discord in the environmental movement to make some political hay on Monday.
Off on the political sidelines we imagine is the Green Party, patiently waiting for that phone call from the high profile names of the environment, ready to shower them with the official endorsement and perhaps some all important publicity or even just a little attention as the campaign gets underway.
.
David Suzuki Foundation
The Pembina Institute
Forest Ethics
Posted by . at 11:50 pm