Prince Rupert doctor listed among those to be honoured across BC 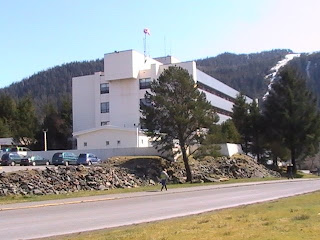 While the problems of the ongoing doctor’s shortage in Prince Rupert have been well documented over the last few years, those that have remained in the city have been doing their best to provide the level of medical care that Prince Rupert residents need.

It’s a process that must provide more than a few challenges to doctors and hospital workers on a daily basis, and most likely a fair amount of frustration at times.

Amid that backdrop comes some welcome news for the community, as one of Prince Rupert’s physicians is among eight from Northern Health and 62 across BC, who have been singled out for their dedication and commitment to improving primary health care in the province.

Dr. Herman Greeff has been commended for his efforts in the Prince Rupert area for his innovative ways in developing ways to eliminate the growing gaps in health care and seeking ways to improve the health of local patients.
.
Dr. Greeff most recently made news in Prince Rupert when he announced that he was closing his local practice in order to concentrate on those patients that are battling cancer, working with them through the Cancer unit at the Prince Rupert Regional Hospital.
.
It was a decision he made after considerable thought and with much awareness of the hardship that it would cause. His announcement highlighted the dire status of the health care situation in Prince Rupert, a situation that is being felt by many other rural communities across the province.
.
The physicians that are being honoured were selected by the General Practice Services Committee (GPSC), as a form of recognition for their contributions to the committee's practice support program.
.
Health Minister George Abbot joined in on the praise for those to be honoured, commending those that have been recognized for their leadership and for as he puts it in his press release, "their dedicated countless hours to supporting patient care and to acting as coaches and mentors to their fellow physicians."
.
The GPSC provides B.C. physicians with the opportunity to participate in a number of incentive programs that support patients with chronic disease, train physicians for the uptake of obstetric and maternity care and aims to increase the number of medical graduates entering general practice.

Labels: Dr. Greeff to be honoured for his leadership in medicine