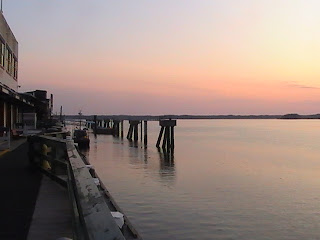 While Prince Rupert prepares for the beginning of a scaled down cruise year starting this May, Vancouver is reeling from the latest announcements from two of the major players in the Alaska Cruise industry.

Just a few weeks after Carnival Cruise lines announced their cutbacks; Princess Cruises and Holland America Line have delivered more bad news for the 2010 cruise year, as both of the high profile cruise lines announced reductions in their departures out of Vancouver next year.

When all the accounting is done, Vancouver expects to lose 62 sailings next year, taking 260,000 tourists away from the city and providing for a loss in revenues estimated to be some 120 million dollars.

The announcements have shocked Tourism Vancouver officials who are watching much of that business now being re-directed to Seattle, from where many of the redirected vessels may depart from next year.

The current economic troubles and the increase of taxes on arriving ships in Alaska seem to be combining to force a restructuring of the Alaska cruise industry, a move which will sideswipe many communities along the coast.

As Reimer explains it to the CBC, “Alaska has had a great run over the last 15 years, and it could be that the market is starting to diminish as the cruise lines start to discover Europe is very hot this year," all of those changes could be a bad omen for those coastal communities that have spent their monies on infrastructure and services to try and lure the ships to their hometowns.

Fewer ships and a keen eye on cost recovery will mean much stronger competition for the remaining port calls and if Reimer is correct in his assessment of the state of the industry, those port calls will continue to become fewer and fewer as the cruise industry seeks out other destinations more inclined to fit into their financial blue print.
USA Today-- Holland America cuts Alaska sailings
Canadian Press-- Summer jobs in peril as Canadian businesses brace for weak tourism season
Vancouver Sun-- Another cruise line cuts back its sailings, moves to Seattle
Globe and Mail-- Holland America Line cuts Vancouver cruises
Posted by . at 9:23 am