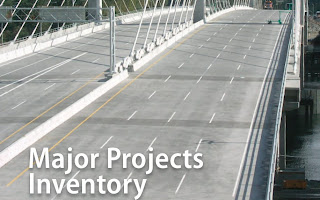 The Province of British Columbia is showcasing the  latest review of the Major Projects currently under construction or in the planning phase, a process which it is suggested is highlighting the strong investor confidence in British Columbia.

In a press release put forward on Tuesday,  the volume of projects highlighted in the report inventory was listed at a record 516 items, the value of the projects planned or underway is estimated to be $187 billion, just two billion short of the all time high of 189 billion.

The report on the inventory of projects is 136 pages, and seems to provide for a rather busy timetable for many portions of the province, with a wide variety of projects and employment generating possibilities currently underway or in the works.

However, for Prince Rupert, the feeling of the boom times to come may seem a little more distant than those of our fellow residents of British Columbia, with more than a few of our potential projects not only rather familiar, but more projection than actual development fact.

There were only eight major projects listed for the Prince Rupert region, with wind power projects accounting for four of them, some of which seem closer to reality than others.

Also listed in the inventory, a Potash Terminal that may or may not be developed, identified as proposed to start in 2010, a prospect that seems a long shot at the moment.

Likewise the development of the Atlin uplands site,  is still listed in the review and is still undeveloped, the original entry of 2006 proposed a wide mix of land usage options from hotels to commercial and residential, so far all that has been developed is a paved parking lot.

The Tsimshian Peninsula Project/Tuck Inlet Road project is also listed as an ongoing concern, a project that first was listed back in 1998, twelve years later, there is little more than studies to show for that particular review.

The Port expansion project is also listed as on the books, and of the bunch it would seem to be the most likely to eventually come to pass and provide for a major boost to local fortunes.

Though it's forward momentum will be dependent on world economic conditions and the desire of all stake holders to invest the 650 million dollars to make it come to pass. At the momemnt the project is still in the environmental review stage with no detailed timetable for development provided yet.

The announcement of the various projects on the books for BC was featured in Tuesday's Vancouver Sun.

The lack of major projects for this region is indicative of our economic fortunes of late, feeling as though we've been left behind by other parts of the province. As if to reinforce that feeling, with the exception of one project in Stewart, the North coast region wasn't even mentioned in the March 9th press release.

If the region is hopeful of returning to better times, that Major Project Review listing is going to have to grow by a large number of entries more, and a few of them will have to have nearing completion added onto the description.

A synopsis of the Rupert review items from the report can be found below, the full report can be examined from the provincial government's Stats BC website.

Tsimshian Peninsula Project/Tuck Inlet Road
Prince Rupert City Ph: (250) 627-0963
Original proposal was to construct bridges to link Kaien Island, Digby
Island and the Tsimshian Peninsula, to connect the City of Prince Rupert
with the airport and several native villages. A memorandum of
understanding covering the design process was completed by the
Provincial and Federal governments, the City of Prince Rupert and two
native bands. A revised proposal, now consisting of a system of road
works and ferries, and a bridge, is under review. A study-phase contract
has been awarded to Associated Engineering, to be completed by
September 2009.
Status: Proposed Start: ?
Est. Cost ($ million): 72 Finish: ?
First Entry: Sep 1998 Last Update: Dec 2009
Project ID: 479