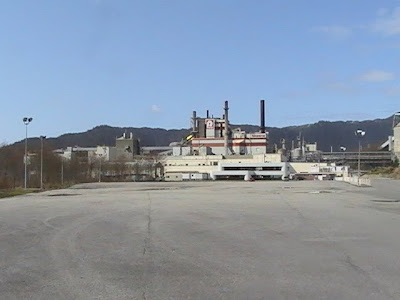 "I am the most optimistic person in Prince Rupert,” -- Prince Rupert Mayor Jack Mussallem outlining for the Northern View back in December, his optimistic belief that the end may soon be in sight for the ongoing saga of Watson Island.
It's been over a month now since the bidding came to an end to see which group would claim the Wastson Island industrial area as their own, we wonder if the Mayor is still as optimistic as those heady days of December.

With a reported six bids received and in hand, and with City council said to be dedicated to a quick decision to bring to a close the latest chapter in the tortured history of what was once Prince Rupert's largest employer, many Rupertites felt that once the holidays were over we would have a much clearer picture as to the fate of the old pulp mill site.

Yet here we are, on the cusp of the 20th day of January and we have yet to hear word as to where we stand on the potential sale, still paying the freight of close to one hundred thousand dollars a month towards maintenance of the site, all coming from a depleted civic treasury.

Since those exciting moments when the bids closed and the Mayor felt positive about developments to come, a cone of silence has descended on the City council chambers of Third Avenue East.

Since then, there has been little indication to come as to who the successful bidder was and what plans they might have for development and hopefully employment generation for the region, not to mention returning the site to a contributor to the tax rolls, as opposed to its current status as that of a drain on the city's fragile financial resources.

If nothing else the City should provide it's taxpayers and residents with an update on the status of the sale, outlining what may or may not be holding up any potential sale, if there are areas of concern and a revised timeline as to when the closing of the deal may come about.

Ideally, when all is said and done, we should be provided with a complete report as to who the would be bidders were, what they had as far as an operational plan for the site was and some reasons as to why the unsuccessful bids came up short.

Far too much of these things seem to be taking place in back offices, behind closed doors and deep into in camera sessions. While there is a need for some of that in the delicate negotiation stage, the need for transparency on a matter of such importance in the end should trump all other concerns.

The longer the city keeps its residents in the dark on the fate of the site, the more and more concern will build of past errors coming back to repeat themselves in the future and of that elusive goal of transparency getting further and further in our rear view mirrors.

To refresh our memories on some of the benchmarks thus far in the process, we have some Podunkian archive material for your perusal.