P is for prorogue and the Protests that followed 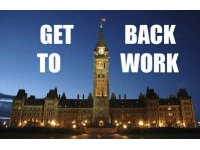 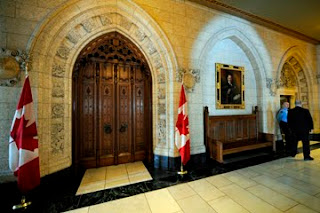 “Why don’t they put up an explanation or a picture of something?” -- A baffled Irish tourist in London England, wondering why and what Canadians were protesting in England.

From London, England to London, Ontario, across Canada and into the United States, the people's protest against prorogation took place on Saturday.

Canadians at home and abroad took to the streets, some in small numbers others in large groups all wishing to express their displeasure at Prime Minister Stephen Harper's extended Parliamentary vacation plans.

Organized mainly through a facebook page and a site called noprorogue! , the coast to coast protest brought out more than 25,000 Canadians anxious to put forward their thoughts on the shutting of Parliament's doors, a move which has left some 36 pieces of legislation effectively dead, not to mention any number of important issues tossed aside on the debating floor.

A decision of convenience for the Prime Minister that leaves much in the way of valuable legilsation to be discarded, perhaps to be reintroduced when he and the Conservatives feel like going back to work, or maybe forever lost until a new election and a new attitude.

While many Canadians felt he was on the right side (pardon the pun) of the debate a year ago when he shut down Parliament over the attempted power grab of the opposition , this time he seems to have gone to that prorogation well of public opinion one time too many.
.
Canadians already cynical about their political class are weary of the never ending bickering, the lack of progress on important issues and now the arbitrary use of political power with little in the way of explanation other than a need to recalibrate the agenda.

While the outrage was loud, the numbers weren't particularly of the earth shattering variety, though organizers say they were more than pleased with the turnout across the nation. The largest of Saturday's rallies took place in Toronto, where an estimated (depending on which source you hold true) 9000 residents gathered, the smallest may very well have been in Prince Rupert, where the Northern View counted 25 of the dedicated gathered outside of the Fishermen's Hall.

It's doubtful that much of Saturday's protest will have an effect on the seemingly tone deaf Conservatives, somewhere in their backroom there no doubt is a blue print to regain the momentum once they return to the work of Parliament in March.

Though perhaps they play with fire, if Canadians come to the realization that the nation's leaders and representatives don't really like to work, then there's always the option to remove that burden from them on election day.

Some of the items of the day from Saturday's gatherings.