Mayor Pond takes a pass on curfew option for teens 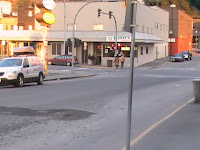 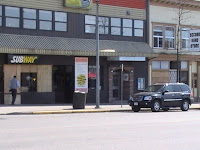 The curfew debate which popped up again this month thanks to a spate of downtown vandalism won’t find a champion in Mayor Herb Pond. The Mayor pointing to the Canadian Charter of Rights and Freedoms, suggests that any curfew imposed in Prince Rupert most likely wouldn’t stand up to a challenge under the Charter provisions under the Equality rights section 15.1.

While he seems quite opposed to the curfew option, the Mayor didn’t exactly provide alternatives for those that are concerned about the downtown situation at night. Nor has the subject of returning the local detachment of the RCMP to full strength been explored to any great degree, it has been working below past staffing levels since the Skeena crisis days and the great exodus of Podunkians. Making the idea of actually enforcing any curfew option under current levels rather suspect to say the least.

The return to full staffing most likely wouldn’t provide a complete cure for the troubles of the downtown area, but it could help to re-deploy the detachment assets towards the ongoing problem with a few more numbers and perhaps even a dedicated squad of officers involved with youth.
More to the point, at least then with more police officers available to patrol trouble areas, those that are actually conducting in the troublesome behavior might end up in front of a judge, making a curfew the least of their particular problems.

The curfew suggestion, while always a popular thought does seem to have found less than great success in other communities, with many expressing the same sentiments as the Mayor over charter challenges. Though it would be interesting to see if anyone has every challenged a curfew edict and if the constitution challenge proved successful or forced a community to change its plans.

If you do your own Google search of the question of Teen Curfews in Canada, you’ll find information on a number of communities across the country that have implemented or considered some form of curfew in their towns and cities.
.
Some like Moncton have since been repealed; while others appear to continue on or consider doing so. Of particular interest for Rupertites might be the research done by the County of Strathcona, near Edmonton. They conducted what appears to have been an exhaustive bit of research on the topic, which we provide links to below.

For now in Prince Rupert and at least until Council can work its way around the issue, the streets will be free for the roaming to one and all; both for those who may have good intentions and those who maybe aren’t quite so inclined.

Though, we suspect that it won’t be long until local businesses take a page from Castlegar which has found that where the constitution might work against them, technology provides an alternative method to move them all along, for now we guess until yet another challenge flag is raised.

For a bit of background here are a few links which show that the great curfew debate is one of Canada's endless topics.
Strathcona County--November 2007-- Backgrounder on Curfews
Strathcona County-- Feberuary 2007-- Bylaw #62-2005
Edmonton Journal-- February 2006-- Public hearing for proposed teen curfew
Strathcona County-- February 2006-- Curfew Bylaw - Will it help?
CBC News-- August 2004-- Curfews: Do you know where your children are?
CBC News-- July 2004-- Quebec town plagued by vandalism delays teen curfew
CBC Streets Cents-- April 2002-- Teen Curfews
.
Daybreak North featured a walk in the downtown core with local street worker Myles Moreau, as part of their investigation into the downtown scene.
.
While The Daily News featured our current discussion as the front page story in Wednesday’s paper.
CURFEW FOR TEENS IS NOT THE ANSWER SAYS MAYOR
Banning teens from downtown at night is contrary to the Charter of Rights and Freedoms
BY CARLA WINTERSGILL
The Daily News
Wednesday, July 23, 2008
Page one
Teenagers worried that a proposed curfew will keep them out of the downtown core at night can rest easy - Canada's Charter of Rights and Freedoms ensures that it will never happen.
"No curfew can withstand a charter challenge, it's just not a tool that's been proven very effective in Canada," said Mayor Herb Pond.
Under the charter, it is forbidden to create a curfew based on age or other discriminatory criteria. Meaning, it would be impossible to enforce a curfew that targets only teenagers.
"You could put in a curfew that said to all citizens that you must be in the house by such and such a time at night," said Pond. "But I don't think our citizens want a curfew that says that everybody has to be in."
The proposed curfew was brought forward by Councillor Ken Cote, who was concerned about the amount of late-night vandalism that was occurring in the downtown core.
This isn't the first time that Rupert has toyed with the idea of a curfew. While researching the issue, city staff found one in the books from the 1950s.
"It would be absolutely unenforceable," said Pond. "There's all kinds of good teenagers that are out for all kinds of good reasons late at night ... We need to find the right tools, but I don't think that a curfew is a tool."
Despite having been a frequent victim of nighttime vandalism, Subway franchise owner, Naripjit Sahdra, also thinks a curfew would be a bad idea. Despite having had the windows of his restaurant broken nine times in the past year, he doesn't think keeping teenagers out of the downtown core is the solution.
"My kids are teenagers and there are a lot of good teenagers out there," said Sahdra. "If they aren't hanging out downtown, they're just going to hang somewhere else."
What Sahdra would like to see is an increased police presence at night, to discourage any types of vandalism or crime from happening.
"That's the only thing that makes them afraid. When they see a cop," said Sahdra, who thinks banning teenagers from downtown would only cause problems for other areas of town.
"By making us safe, somebody else is going to have a problem."
Posted by . at 10:05 pm