Spawn of Fox News genre set for Canadian debut in 2011 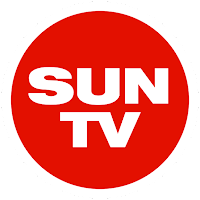 Canadians that think the CBC is too biased towards both liberal agendas and maybe even the Liberal party, that CTV is just a shade left of baby blue and Global not near Conservative enough, may soon have their very own reflection of the Conservative media behemouth known as Fox News.

Quebecor Inc. which owns a variety of media properties both in and outside of Quebec is set to re-brand it's Sun TV operation as Sun TV News, a decidedly conservatively tinged viewpoint on the day's news.

The Quebec media giant is taking its plan to convert the local Sun TV channels to the CRTC for approval as a Category 1 carriage licenc, which will require cable and satellite providers to include it in basic service across the nation. If all goes according to plan and regulatory approval is received in time, they hope to have the view from  the right available on your television by January 1st.

Currently Sun TV is home to syndicated programming, a hodge podge of a broadcast day with seemingly little direction or audience it would seem.

Those developing the Sun TV brand seem to believe that there is a vast audience of centre to the right Canadians (and maybe even a few curious from the left) ready to hear the message from that side of the political spectrum.

The talking points for the proposed new channel outline much of their agenda and of course features the kind of newsy slogans that would sound familiar to many a viewer of the home of O'Reilly, Beck, Hannity et al.

While they aren't inclined to refer to the operation as Fox News North (though we imagine that they certainly won't dissuade anyone from making a comparison), there is little doubt that the media ground currently held by that American news organization is what Sun TV News is hoping to repatriate and grow as its own.

To whet the appetite for the proposed channel, Sun TV's marketing squad has already made sure that a video preview has found its way onto the world wide web, with Sun TV finding a spot on YouTube.

Viewers may find a certain similarity to any number of Conservative election TV ads over the last few years, not surprising we're sure considering the launch of the fledgling network is being handled by Kory Teneycke, the former head of communications for Conservative Prime Minister Stephen Harper who joined Quebecor as vice-president of development several months ago.

It's under his direction and with Quebecor's money flow that the television spectrum of options may soon be about to change and the debate perhaps will get a little noisier we imagine!