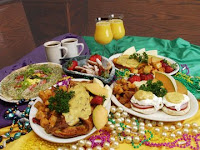 Our Sunday morning review begins with a look back a traumatic Saturday for Toronto where a black shirted group of malcontents managed to take away any message of protest from those legitimate advocates for change and instead provided what will no doubt be the most lasting memory of this weekends G20 gathering in Toronto, that of broken glass and burning police cars.  A self identified group of anarchists and apparent jerks ran running battles with a rather patient and restrained group of police. The collection of usual suspects at these affairs managed to get what they wanted, lots of attention from Toronto's rather flustered media contingents, many of whom most likely have had better days in the world of descriptive journalism.

We follow the days events from a variety of options including:

The drama in Toronto overshadowed the World Cup for Canadians, as we imagine most preferred to watch the video from the streets as opposed to what was on the pitch in an entertaining and dramatic end to the USA's quest for soccer glory. With a 2-1 loss Ghana, the USA was eliminated from this years tournament, meaning four more years in the wilderness for US soccer. If all is quiet on the riot lines Sunday morning, Canadians may be able to get in the epic match of strategies between England and Germany, a deep seated rivalry as can be seen from the pages of the Guardian, Telegraph and Independent, as well as through the efforts of the BBC. And if that doesn't give you an idea as to how deep this rivalry goes, then perhaps Basil Fawlty can help us out.
.
. .
.
British Columbians are running out of time to get used to the idea of a harmonized tax, and while a good number of us may be hoping for an intervention, the day of harmonization is fast approaching. The archives of the Vancouver Sun features a review of how British Columbians feel that the tax may affect them.

While we featured this item on the blog earlier this week, the impact that Michael Hastings Rolling Stone article had surely deserves another plug, especially for those that missed it the first time. His fascinating  account of the US High command in Afghanistan, not only gained readers but provided the firestorm that brought a change at the top, with the summoning of and subsequent dismissal of General Stanley McChrystal.

The nature of that change will have an impact on Canadians as well, who are more than aware of the developments and shifts of the battle plan in that far off country. That interest and concern gets another note of reality today with word that two more Canadians, Master Corporal Kristal Giesebrecht, 34, and Private Andrew Miller, 21 have died while on duty there, bringing the total of Canada's Afghan war dead now to 150.

For our podcast today we turn back to the home of the G20 and its mayhem in the streets, where a very informative podcast is made available from TVO. We're pretty sure that sometime in the next week the topic of the G20 will somehow make it on to Steve Paikin's Agenda.

And to bring an end to our breakfast time review today, we turn to Bob Dylan who provided the soundtrack to more than one pivotal event in recent history. It was a time when those with issues or a quest for social justice  protested ideas and debate in the streets, not broken windows, burning police cars and classless jackasses clad in black.
.