When the Bulls and Bears get spooked, somebody’s going to get trampled! 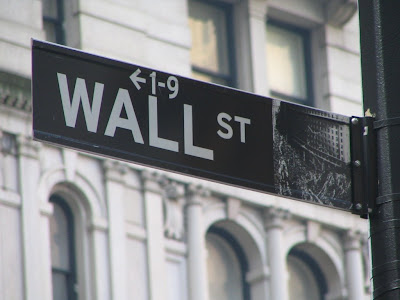 "I've been on Wall Street for many years, and I've never seen a weekend like this one,''—Michael Holland, Chairman and founder of New York-based Holland & Co. `

The early morning newspapers, websites and TV channels are all featuring the kind of headlines and breaking news updates that don’t bode well for a Monday morning on the world’s money markets.

With the news that yet another leading Wall Street Investment firm has gone into bankruptcy, another one has been picked up by a major bank and a group of Global bankers have put together an emergency cookie jar, the day makes for a nervous little ride on the stock exchange we would think.

Weekend talks to try and salvage Lehman Brothers apparently were unsuccessful, with bankruptcy plans set to be unveiled on Monday morning. It was a development that found the staff of the brokerage apparently ahead of the curve as they cleaned out their offices on Sunday and took part in farewell parties, Last suppers if you will.

Next up for the news cycle was the development that Bank of America was going to conduct an all stock transaction worth fifty billion dollars to purchase Merrill Lynch, the 94 year old brokerage that at one time was considered one of the bell weather investment firms on Wall Street.

The third wave of the day was a report that a number of the largest Global banks were putting together a war chest of sorts, a vast pool of money to be used should any of the members of their newly bound consortium require quick relief and access to quick money.
Still to be seen on Monday is how the world stock markets are going to react to all of this churning financial water, described as the biggest reshaping of the financial industry since the Great Depression!
.
So far terms like crisis, game of chicken, russian roulette and the most extraordinary 24 hour since the late 1920's have used by commentators and financial observers, not the thing of a business as usual kind of day.
The developments of the weekend, leaves one with the impression that Monday is going to be a very interesting day, and that the financial system, especially that in the US is about to undergo another day of tumult.