Museum finds itself under fire over disabled policies 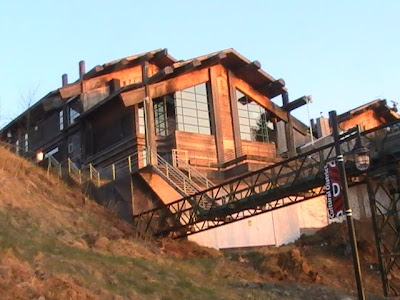 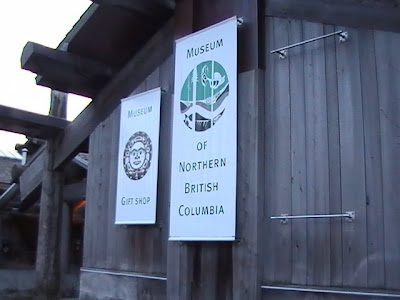 A visitor to Prince Rupert taking in the sights of the city from one of the visiting cruise ships has questioned the Museum of Northern B. C.'s attitude towards the disabled.
An incident at the museum which saw Kent McDaniel of Seattle forced to make a decision to leave his motorized wheel chair for the museum's manual version, left the visitor less than impressed with Prince Rupert hospitality and garnered national attention from his complaints about the attitude of Museum officials. His complaints have been picked up in stories by such newspapers as the Vancouver Sun and Edmonton Sun, to name a few.
The option of changing wheel chairs was according to McDaniel not possible, as his condition of cerebral palsy requires him to balance himself in a sitting position which his motorized chair apparently makes allowances for.
Despite the presence of a full time care provider accompanying Mr. McDaniel, the museum citing dangers to young children and other visitors chose not to allow the motorized wheel chair into the museum.
McDaniel was so incensed with the Museum's approach that he has suggested that he may very well likely never visit the country again and found Curator Susan Marsden to not be a particularly good ambassador for the museum, the city or the country for that matter.
Depending on Mr. McDaniel's intentions, we suspect that the incident could become a file with the the British Columbia Civil Liberties Association, which will no doubt be looking over the B. C Human Rights Code, to see if the publicly funded Museum stepped outside of those guidelines.
As the Daily News discovered upon contacting a member of the Civil Liberties Association, depending on how the guidelines are viewed in regards to this incident, there could be the possibility of litigation, never a positive trend for a public institution.
The controversy at the Museum comes as the summer tourist season comes to an end and the cruise ship lines do their year end surveys of the markets they call on. Having unhappy passengers reporting back to the ship with tales of unfortunate incidents, could in the long run have an impact on future port calls in the city, not to mention make the job of Tourism Prince Rupert that much harder when it comes to highlighting Prince Rupert as more than just a place to wait for the Alaska or Queen Charlotte Island Ferries.
One suspects that Curator Marsden may be receiving more than a few phone calls this week as the story expands. From Human Rights officials, tourism officials and assorted media interests, all no doubt finding the story something of interest.
The Daily had the first draft at it, featuring the incident as its front page story in Friday's paper.
WHEELCHAIR USER CLAIMS BRAKES WERE PUT ON VISIT
Tourist's trip soured after he was refused entry to museum, claims discrimination
By Kris Schumacher
The Daily News
Friday, September 19, 2008
Pages one and two

When Kent McDaniel disembarked the Rhapsody of the Seas in Prince Rupert two weeks ago, he had hopes of exploring one of the finest museums in British Columbia.
Unfortunately, the 32-year-old Seattle resident said his small taste of the port city was soured when he arrived at the Museum of Northern B.C. on Sept. 3 and was told his motorized wheelchair was not permitted inside the building. Born with cerebral palsy, McDaniel has been confined to a wheelchair for most of his life and requires constant help from a full-time caregiver, who accompanied him on his Alaskan cruise.
McDaniel was told by Museum of Northern B.C. Curator Susan Marsden that the only way he could enter the museum would be to have his caregiver put him into a manual wheelchair, which McDaniel said he was unable to use because he does not have the ability to balance himself in a sitting position.
"I asked if the Canadian government had any equivalent to the Americans with Disabilities Act, and I was less-than-politely told that Canada did not," said McDaniel. "I left Prince Rupert pretty upset. I'm so appalled by this I'm thinking of never coming back to Canada, because I'm worried this is how all of Canada treats disabled people. From a United States citizen's perspective, [Marsden] does not represent your community very well at all."
Marsden said McDaniel wasn't denied access to the museum, because he was offered the use of a museum wheelchair that was not motorized, which he declined.
"It's a motorized vehicle. It puts the other visitors at risk because it's motorized," said Marsden.
"We have toddlers and lots of children, and it's very crowded on cruise ship days, so it puts the other visitors at risk.
"And we exist to care for the collection, so that's also important."
Marsden said there is already an extensive record of documented accidents involving motorized wheelchairs, including incidents at museums including the Smithsonian, where collections have been damaged.
Marsden believes motorized wheelchairs fall into an area of legislation that has not kept up with current technology and needs to be addressed by the province, along with other potential safety hazards such as the use of oxygen tanks.
"We're actually getting legal counsel working on the proper wording for our policy in case it ever becomes an issue," said Marsden. "Our wheelchair has sides on it just like his did, and we provide a guide or somebody to push the wheelchair around if they need it. We also provide guides for people who are blind. So we have a policy of making the museum accesible to all handicapped people."
Murray Mollard is the Executive Director of the British Columbia Civil Liberties Association, and was shocked to hear about the circumstances which prevented McDaniel from accessing the museum. Mollard said he had never heard of a similar policy because there are specific provisions in Canada that provide protection for people against unequal treatment.
"It's hard to believe in this day and age that would be the type of reception that was given to this gentleman," said Mollard. "This seems like a classic case of discrimination, and the museum should probably apologize to the individual immediately before they face some kind of litigation."
Section 8 of the B.C. Human Rights Code states that "a person must not without a bonafide and reasonable justification deny to a person or class of person any accomodation, service or facility customarily available to the public or discriminate against a person ... because of race, colour, ancestry, place of origin, religion, marital status, family status, physical or mental disability, sex or sexual orientation of that person."
Posted by . at 11:42 pm

Labels: access for the disabled, Museum of Northern BC