Stumbling, Bumbling towards Election Day: The Gaffes of the Federal election campaign 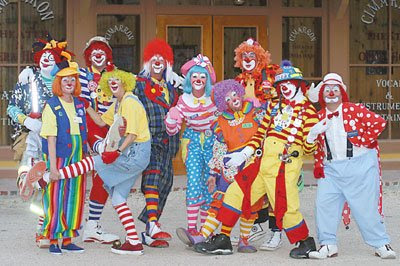 The electioneering is still less than a week old and clearly some of the parties handlers and their candidates are having a wee bit of trouble getting their footing in this campaign.

At times, as the boneheaded moves have come to light, you have had to wonder if these folks have ever run for elected office before.

On the left side of the spectrum, came the early concerns for the Green Party and some trouble they ran into with a few candidates and their rather interesting commentary on issues. One who was removed from the Green party roster and now is busy defending himself over charges of anti-semitism and a group of other candidates, who found attention drawn to their postings on the Green party website forums during discussions on Israel and the Middle East.
The NDP as well had their oh oh moment, with Jack Layton’s strange strategy of exclusion, and his original plan to keep Elizabeth May off the national stage, a move that aligned him with Stephen Harper (never a good optic for a socialist). It is something that caused him no shortage of trouble internally, as party workers wondered why he wanted to shut down and silence Ms. May’s bid for a seat at the debate table.
.
Layton has also suggested that he's picking up the energy from the US Presidential candidate Barack Obama, and feels that with the Obama playbook he could become Prime Minister, a lofty goal for sure, but for many one that might seem a tad over reaching at the moment.

The Bloc's Gilles Duceppe was daunted by a campaign without a focus, with insiders who questioned his political leanings and his strategy of constantly linking Stephen Harper to George Bush, while it might seem as a wise bit of finger pointing image wise, it seems that the Bloc is not quite the doctrine oriented party that Duceppe seems to think it is.
.
As is becoming apparent pretty quickly, Bloc voters cross many political leanings and a good portion it seems are right wingers who don't particularly like their leader and now are apparently drifting towards the Conservatives as Duceppe tilts further and further left.

Beyond those internal cracks was his bizarre focus to travel back to Quebec of the 1950’s and try to suggest that a Conservative candidate in Montreal was ready to return the province to servitude under the church by her affiliation with the Opus Dei movement. Fortunately for him, most of his coverage is in French, so Canadians only hear a fraction of the strange tales coming out of the Bloc HQ these days.

In the fuzzy middle, are the fuzzy Liberals. A party that seemed so unprepared for an election that they didn’t even have a decent airplane lined up for the opening gun. Even worse for Stephane Dion, he of the Green Shift and all of that, the plane they finally secured was perhaps the most polluting plane left in the nation, as if those optics weren't bad enough, the plane wasn’t ready until the campaign was already a few days on the road, leaving Dion to hop on a bus around relatively safe Ontario and Quebec seats.
Whether or not Stephane Dion is ready to be a leader remains to be seen and decided by the voters, but one thing seems certain his campaign handlers weren’t particularly ready to take the leader to where he needed to go.

And then there is the Conservative Party, they had a particularly lousy first few days in the image department, first there was the Puffin poop controversy, which was quickly followed by an embarrassing use of the RCMP to clear out some annoying media types that might have been asking the wrong questions.

That was quickly overshadowed by Communications Director Ryan Sparrow, who managed to drag his leader into a furious bit of apologizing, that after Sparrow wrote to a reporter by email, attacking the comments of a father of a fallen Canadian soldier. Sparrow claimed that the opinions of Jim Davis, who lost a son in Afghanistan, were coloured by his personal allegiance to the Liberal Party.
.
When a family loses a son or daughter to war in the service of the nation, the last thing they need are lectures from pinheaded dweebs belittling their loss. Harper suspended Mr. Sparrow, a situation which disappointed Mr. Davis who feels that the PM may have over reacted when he sent Sparrow to the showers. Mr. Davis clearly showing a tad more class than Sparrow apparently has. Regardless though, many still suggest that the Prime Minister should just toss him over the side completely, which may be pretty wise counsel if that's the calibre of the work that he offers.

The bad week for Steve continued yesterday with TV Ontario calling him out for copyright infringement for the use of their television clips in an on line create an ad campaign on the Internet. The irony of it all is, had the Conservatives copyright bill be in effect today, their campaign creators could very well be facing a hefty fine if not jail time. We gather this falls under the category of do what we say, not as we do.

And yet, with all their foibles laid bare for the nation to see, the Conservatives while leading in gaffes, also lead in the polls and perhaps heading towards a majority government.

It would seem that the dumber the operatives get, the more we like the candidate, a twin plot line that surely some Political Science professor can explain for us.
Posted by . at 1:31 pm