Federal Ministers to arrive in Prince Rupert on Tuesday 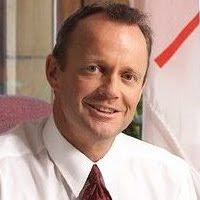 .
A pair of high ranking cabinet ministers are making the trek west to the north coast on Tuesday, as Stockwell Day, Minister for the Asia Pacific Gateway and John Baird, Minister of Transport, Infrastructure and Communities, wrap up their two day tour of the northwest in our port city.

The two have been examining infrastructure in the northwest as well as making appearances at party fund raising functions in both Kitimat and Terrace, with one further effort, a fund raising luncheon planned for Prince Rupert Tuesday from noon to 1:30 at the Coast Prince Rupert Hotel.

While here, the itinerary apparently will also include a look at the facilities of the Fairview Port, a round table discussion regarding economic conditions with city and port officials and something that will be of interest to local travellers, some form of announcement regarding the Prince Rupert Airport.

The stop over in Rupert could provide the pair with a bit of an eye opener experience, especially during that discussion on economic matters, with the Prince Rupert economy struggling amid business closures and the erosion of the population, Tuesday may be no better time for port and city officials to seek out further indication of support towards Port expansion.

With phase two of the container port still in the development phase, a sign that it is getting closer to a starting point may help to alleviate some of the anxiety for local residents regarding the city's current economic state and what may be in store for its future.
Posted by . at 11:05 pm