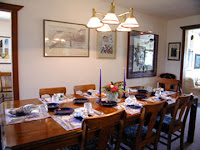 It's another Sunday morning and we offer up some of the chestnuts we stored away this week for our weekly review.

Among those items which raised an eyebrow or two, was perhaps an answer for the sudden surge of devastating earthquakes that the world has suffered from in recent months. Though we have a feeling that the Ayatollah Kazem Sedigh may not quite be on the right path when it comes to the study of seismology. Ayatollah Seidgh issued up his thesis on the subject this week, with a declaration that women who dress “inappropriately” incite extramarital sex that in turn cause more earthquakes. We're not sure what he bases his study points on, other than the oft stated concern over the morals of Iranian's these days. His fatwah of sorts has of course provided for no shortage of opposition, the most popular protest of the moment coming out of Indiana, where a Purdue University student is rallying the troops to show the fallacy of the Ayatollah's argument. Jen McCreight so far has over 40,000 followers on facebook ready to accept the challenge of showing some cleavage or other patch of skin on Monday, all part of a test of the Ayatollah's theory. The event dubbed Boobquake by some, has resulted in a massive number of hits to Ms. McCreight's blog site since she went viral this week. We imagine that Monday, Ms. McCreight's science will trump the Ayatollah's by a healthy margin.

Earthquake science wasn't the only concern of Muslim fundamentalists this week, South Park was on their radar and in this instance it seems that South Park lost. The Islamic producers of the Web site RevolutionMuslim.com , offered up a not so veiled threat with a warning that "South Park" co-creators Trey Parker and Matt Stone would end up like Dutch filmmaker Theo van Gogh, who was slain for making a film critical of Islamic society. The South Park creators had planned to introduce a character in last week’s episode featuring the prophet Muhammad in a bear suit. As the world has noticed over the years any mention of Muhammad could be dangerous to one's health, yet we imagine that South Park having been equal opportunity satirists in the past perhaps felt they were on solid ground. Not so apparently, Comedy Central which produces the program censored the Bear this week and has since pulled that particular episode from its online rotation. The move led Jon Stewart, who hosts the Daily Show on that same network to condemn the militant Muslim organization and mildly rebuke his network for caving in to them , no doubt placing himself on their rolodex, though we tend to agree that Stewart is correct with his observations, that espousing violence to censor creativity just isn't part of the modern world.

Stewart was a busy fellow this week slaying dragons as it is, when he wasn't tempting the fates of radical Muslims, he was taking on an even larger group of bullies, the gang over at Fox News. This week featured a continuation of the growing battles between some of Fox News more ballistic of commentators and Stewart, as he continues to outline the less than balanced nature of their coverage. In true Daily Show style, he wins on points and presentation!

.
While the neighbours to the south work out their television troubles, Canadians are apparently engaged in a quest for the next Governor General, well it appears we're supposed to be engaged in that discussion. With current GG in the house Michaelle Jean soon to be packing up and moving out, the list of names to replace her is growing by the day. Some of the more intriguing of possibilities Bobby Orr, Rick Hansen, Rick Hillier and a man that has already explored the galaxies (all be it of the television variety) William Shatner. The man forever known as Captain Kirk (except for those true devotees of TJ Hooker) is leading the pack these days, with the National Post seemingly leading the cheerleading to get him into Rideau Hall. The Captain can count on some help from the old crew as well, Leonard Nimoy, the science fiction version of the buddy cop partner in the form of Spock, has lent his support to the prospect of Shatner living long and prospering as our Royal representative, suggesting that it is the "logical choice".

We observed Earth Day this year with a tragedy in the Gulf of Mexico with the sinking of an oil rig and the death of 11 workers , examined the fallout from an Icelandic Volcano and received word that successive expeditions towards the top of Mount Everest have left that iconic Mountain a rather nasty little garbage dump.A situation that requires immediate action as Twenty professional Nepali climbers, begin their climb to clean up the mess that the rest of us have left behind.

And while we know we're a little behind the curve on this one, we found the latest efforts from Apple instructive as to how successful they have become at marketing their various gadgets to the world. True/Slant provides no better explanation as to the universal appeal that Apple hopes its recently released iPad will find can be found than with this short vignette of the iPad's apparent life changing possibilities.


The NHL playoffs continue on with New Jersey, Ottawa and Colorado the first to fade from our view, our podcast offering of the week invites you to check out the daily items of interest from Hockey Night in Canada. Where previews and game notes are available to keep us all up to speed on the quest for Stanley. The podcast is available through iTunes.

And to wrap up this weeks edition of the Brunch, we offer up the tale of Bill Barilko, who went into hockey history on April 21, 1951 when he scored the winning goal for the Maple Leafs and disappeared that summer on a fishing trip and as the Tragically Hip have forever immortailized they wouldn't win another til 1962, the year he was discovered. And without further ado, The Tragically Hip with 50 Mission Cap!