The lugers return to the track, but so many questions remain 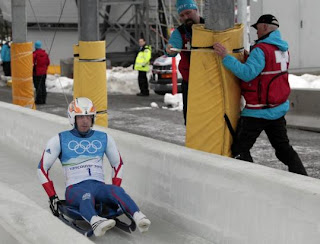 Friday's tragic death of Nodar Kumaritashvili was remembered once again on Saturday, as track personnel worked to change some of the dynamic of the track, officials made changes to the starting point and athletes pondered what their sport would be remembered for at the 21st Olympic Games.