In Vancouver, celebration and commemoration on opening night 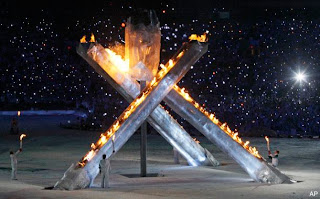 Vancouver's big day arrived on Friday, as the long run up to the games of the 21st Winter Olympiad finally came to an end and Canada's third hosting of an Olympic games was declared underway.