In custody death to be investigated in Fort St. John 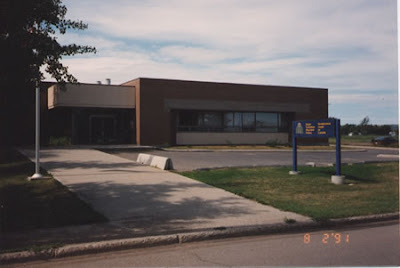 The North District Major Crime Unit and B.C. Coroners Service are investigating an incident in Fort St. John early Tuesday morning, which saw an unidentified man die of cardiac arrest while in the custody of members from that city's detachment.
The incident is the latest in recent times of a death while in custody and no doubt will be viewed with close scrutiny from the media and the public, considering the high profile deaths in the North of the last few years.
The most recent hearing in the North, was this spring's inquest into the Ian Bush shooting in Houston in October of 2005.
The Tuesday night incident marks the second time in a little less than a year that a someone has died while in custody in Fort St. John, a coroner's inquest is about to get underway next month into the death of Christopher Jickels, who became unresponsive while in a jail cell and later died in September 2006.
The CBC website had full details on the Tuesday morning incident and the RCMP website also has posted the information release from the Fort St. John detachment, both of which are provided below.
Fort St. John man dies in police custody
RCMP investigating circumstances surrounding death
Last Updated: Tuesday, August 28, 2007 9:03 PM PT
CBC News
A man died in hospital after being taken into police custody in Fort St. John, B.C., early Tuesday morning, police say.
RCMP in the northeastern B.C. community responded to a complaint about a man yelling and smashing on store windows on Tuesday morning at around 1 a.m. PT.
When they arrived at the scene, the man appeared agitated and when they tried to subdue him, he became combative, biting and kicking at the officers, police said.
Police then used a restraining device and the man fell unconscious.
According to a statement on the RCMP website, he woke up as paramedics arrived, but then went into cardiac arrest and died in hospital.
Police are not releasing the name of the male until his next of kin are notified.
The North District Major Crime Unit and B.C. Coroners Service are investigating the incident, which follows the recent conclusion of an inquest into the death of 22-year-old Ian Bush, a Houston, B.C., resident who died while in police custody in October 2005.
Bush was shot in the back of the head by Const. Paul Koester while the two were alone in the RCMP detachment in Houston. Koester says he shot Bush in self-defence.
Next month, a coroner's inquest in Fort St. John will examine the circumstances that led to another man's death while in police custody.
Christopher Jickels became unresponsive while in a jail cell and later died in September 2006.

In Custody Death
Fort St. John, BC: Unidentified suspect dies in police custody. The North District Major Crime Unit and the BC Coroner Service are investigating.
August 28, 2007
On August 28th, 2007 at approximately 00:50 am, Fort St. John RCMP responded to a complaint of a male walking down the main street, yelling and banging on the windows of several businesses.
Witness accounts also indicated that this male had been seen smashing several windows to various businesses before the arrival of police.
Upon arrival, the male appeared agitated and was observed carrying several large rocks. He was instructed by police to put the rocks down which he complied with.
Before police had a chance to apprehend the suspect, he ran away. Police caught up to the suspect and a struggle ensued. The attending police officers handcuffed the suspect and attempted to put him in the back of the police car. The suspect was very combative and attempted to kick and bite the police officers several times.
The RCMP members attempted to restrain the suspect using a RIPP Hobble RCMP Approved Restraint Device.
Before they were able to finish restraining the suspect, it was noted that the suspect was no longer conscious.
An ambulance was called immediately and attended the scene. Before the arrival of the ambulance the suspect regained consciousness and remained combative with the members and later with the ambulance attendants. The suspect went into cardiac arrest before getting into the ambulance and was pronounced dead at Fort St. John Hospital.
Police are not releasing the male’s name until his next of kin has been notified.
As with any death in police custody, the North District Major Crime Unit and the BC Coroner Service will conduct a thorough investigation.
An Independent Officer Review has been ordered and an officer will be assigned to review this incident.
Media inquiries can be directed to Cst Annie Linteau, “E” Division Strategic Communication Section, (604)264-2929.
-30-
-->Annie Linteau, Cst.Strategic Communications
5255 Heather StreetVancouver, B.C. V5Z IK6
Phone: (604) 264-2929Fax: (604) 264-3200
Email: media.webmaster@rcmp-grc.gc.ca
Posted by . at 9:46 pm