HST rejection could be costly for British Columbians 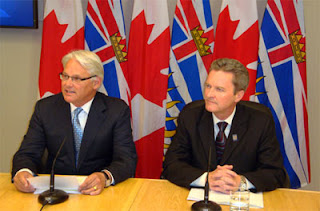 .
We can expect the discussion to get a little more heated over the next few months, now that we have the question to be asked in referendum next September,  asking British Columbians to accept or reverse Premier Campbell's spring surprise of the HST.

However, there is one question so far unasked, that may in the end determine whether the controversial tax will meet the fate that opponents of it would prefer, that question being is the process of getting rid of the tax worth the expected cost of  its elimination?

Citing a government document from the Ministry of Finance, the Globe and Mail provided stark details as to how costly its elimination could be.

From the documents received through a freedom of information request, the Globe reported that eliminating the HST and returning to the PST and GST process could cost almost 5 Billion dollars in annual revenues.

In addition to the financial hit, the report apparently advises that the elimination of the tax could require massive program cuts and "dramatic" increases to our income tax levels as well as requiring increases in other levies. 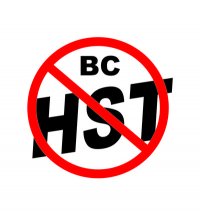 While the Globe and Mail report perhaps provides the Government with some ammunition in its quest to keep the current tax regimen of the HST, it also would seem to suggest that the Liberal financial forecasts prior to the HST's introduction, were not quite as accurate as the Liberal's projected during the recent election campaign.

A process that leaves much of the Liberal financial blue print over the last year as questionable in the delivery of timely and correct financial review.

The other part of the argument over the debate on the tax is that if the Liberals release the report as it currently outlines the extreme cost analysis scenario, opponents will accuse them of scare mongering, something a government with particularly low reviews at the moment probably can't afford.

Meaning that even if the financial forecasts are spot on, the credibility of this government at the moment is such that delivering the dire forecast may not resonate as it should.

Beyond the projected 5 billion dollar hit, there are also the difficulties it may cause for the province with the Federal government, not to mention the additional and costly requirement to institute a refund system for businesses and consumers should the HST end up on the scrap heap.

So while British Columbians may find some energy in the thought of over turning the unpopular tax and spanking a particularly naughty government, the actual cost of implementing that elimination process may in the end be worse than the actual tax system itself.

Opponents to the tax who have been ramping up their efforts to focus on the September 2012 referendum will most likely not be swayed by the talk of a hefty cost of rejection.

Though in the cold light of a fiscal report which most likely would be released well before referendum day, one wonders if the public will follow along in the end, especially it will take more money out of their pockets and put valued programs at risk.

While the architect of the controversial tax plan makes his preparations to fade into the political sunset, the mishandling of the introduction of the tax (let alone the fact it wasn't mentioned in the actual election campaign) will continue to haunt the Liberals well past their leadership convention.

All of which could have been avoided had the government provided its case for the HST and put it before the people before implementation.

Now it seems we are stuck between two unpopular choices.  Left to pay with the tax, or put in the unwanted situation of having to pay more to get rid of it.

A particularly painful decision to have to make, especially when British Columbians are forced to decide the consequences and potential financial impact of its rejection, along with the string of program cuts that might be required in its wake.

It won't be much of a victory for the Liberals should British Columbians in the end decide to hold their noses over the HST.

BC's voters may on referendum day choose to keep the tax out of necessity, but will sill want to hold the Liberals to account for the gross mismanagement of the issue.

It's that kind of political stupidity that legacies are left in tatters, with no easy way out of a mess of their own creation, it will be well worth interesting to see how the Liberals deal with an issue that will continue to haunt them well beyond the next election.