Now you see it, now you don't! 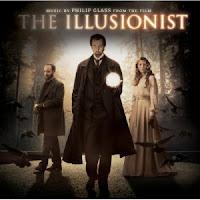 One hopes that British Columbians had not already spent their anticipated, if self financed winfall!

Perhaps yesterdays news was a rehearsal for the Premier's post political career, one which will see him take to the carnival circuit as Gordon the Illusionist.

His first performance on the tour, the amazing disappearing tax break, now you see it, now you don't!

In a remarkable reversal of policies, the Liberals have decided to take back that 15 per cent tax break that the Premier promised in his October television special, the apparently now unsuccessful attempt to make a last ditch effort to regain (and shovel back as it were) some currency with the province's voters and tax payers.

At the time, before the Premier delivered his resignation surprise of last month, the Liberals were inclined to try and rebuild their dwindling support levels by offering up a tax break for residents.

Controversial at the time,  seeing as in effect the Liberals were considered to be attempting to rebuild their frayed relationship with the taxpayers by using their own money for the make up presents, the tax break was to provide anywhere from 68 to 600 dollars in savings per person depending on their income status.

The money to be re-allocated from the provinces surplus corporate tax revenues, a symbolic bit of theatre we imagine where the average tax payer recaptures some money from the main home of support of the governing party.

Now with the Premier himself set to fade from view, the cabinet felt that it wasn't the best of times to be offering tax breaks while the candidates for his job seek favour of their party members.

So any thoughts of using that tax break bounty to pay down family debt or spend it on some form of incentive to the local economy this holiday season is now out the window.

Clawed back in the latest example of a party that really does seem to be conducting its financial policies on the fly, throwing things up on the wall of the cabinet room to see what sticks, peeling it off when they don't get the right voter reaction.

The reversal is just the latest in surprising developments from the usually machine like Liberals, who lately appear to have descended into some form of internal chaos, with little direction and seemingly even less ability to remain focused on the job at hand of governing the province by providing for reasoned policies and initiatives.

Instead, we're heading down the carnival midway, where you never know what you will see next. The Liberals however should keep in mind, that eventually the carnival packs up its tent and moves away, sometimes leaving the townsfolk with happy memories, sometimes with regret.

Needless to say the policy flip flops and internal machinations of the caucus and party itself are making for some fascinating reading from the province's political observers, some of their reviews can be found below.