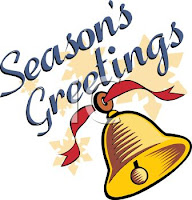 An opportunity for Rupertites to keep in touch with those old friends that have been away for awhile, and Wednesday such was the case from the folks at Canpotex, who dropped a line through the Northern View to say they were still thinking of us.

When we last heard from our Saskatchewan acquaintances, almost a year ago as things turned out, they were weighing their options on whether to build a new Potash Terminal in Prince Rupert or to expand further their current shipping terminal in North Vancouver.

The prospect of jobs danced in our heads as last Christmas came and went, passing through New Years and well into Valentine's Day, with nary a word of any further progress.

Of course it's understandable that we fell out of touch, Canpotex was rather busy this past year, part of the Saskatchewan family of potash companies that was busy beating off a hostile takeover bid by Australian giant BHP Billiton.  Helped along towards that goal with a helping hand from the Conservative government, as Mr. Harper and his cabinet sided with the homegrown (sort of) collective, rather than turning the keys to the Potash kingdom over to the Aussie interlopers.

With most of the last year taken up by fighting off that takeover bid, there was clearly little time to consider such outstanding issues as the need for expanded shipping capacity anywhere, let alone on the north coast.  Especially we imagine if there was some concern that the company was to be gobbled up by an international giant.

So, it seems with the Australian threat now taken care of, the Potash corporation and its affiliates such as Canpotex can get back on track so to speak, with their own forward thinking plans for the moment.

Which brings us back to where we were last Christmas, wondering where the future may take us when it comes to the world of potash shipments to the world and what place Prince Rupert may have in the long term.

We really don't know much more about their plans than we did a year ago, though it seems their first order of business this time around may be to make sure that they are on side with local First Nations before any other decisions are considered.

For now however that may be enough for local proponents of potash terminal development on the North coast, these stirring embers of potential development will leave the city's politicians, bureaucrats and of course its real estate agents once again thinking of glad tidings for a new year, all be it seemingly delayed by 365 days or so.
Posted by . at 10:03 pm