A brawl that was nowhere at all? 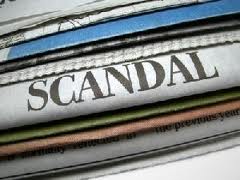 The Prince George Citizen is finding itself the subject of a little closer inspection (and a bit of derision by some) these days, after a story from last week which painted the city's police and fire department personnel in a less than flattering view.

In a piece that was published on last Wednesday, the Citizen apparently reported that some of the city's Fire Department and RCMP detachment got into a brawl at the city's Legion, that following the November 11th Remembrance Day observances in the city.

We would offer up a link to that story, however, after a fair amount of surfing the paper's website, it would seem that the item either never appeared in the online edition, or was removed from it later in the week.

We only became aware of the tempest brewing over the Citizen's reporting on that story, after an item appeared on the paper's competitor in the region, Opinion 250.

The Opinion 250 item reviewed a rather extraordinary press conference called by the Mayor of Prince George Dan Rogers, who with the Superintendent in charge of the RCMP for Prince George on one side and the head of the Fire fighter's union on the other, offered up a review of what was supposed to have happened.

However  following his review from the events of November 11th, Mayor Rogers apparently has found that no such incident took place at the Legion as reportedly described by the Citizen.

Likewise the city's weekly paper the PG Free Press, provided a story that seems to outline the concern in the community regarding the Citizen's original story of last week.

The Prince George Citizen also provided details of the Mayor's press conference, however with but a slight reference to their own story of earlier in the week that seemed to spark all the drama.

No retraction, nor clarification appears to have been provided to date, nor has a link back to the original item been featured on the paper's website. And in fact, in a comment for the weekly paper, the Citizen's publisher Hugh Nicholson is standing by the original story suggesting no further action will be taken by the paper on the issue.

Further reading of the comments section to the Citizen's short item seems to provide a bit of background on that original story, having apparently been spawned by a letter to the editor,  outlining an alleged rude incident at the Legion that day. The story that seemingly came in part from that letter, has provided for much discussion of the Citizen's editorial and reporting standards of late.

The Citizen is owned by Glacier Media, the one time owner of the Prince Rupert Daily News until selling off the Rupert paper to Black Press earlier this year.  Reading the comments associated to the Opinion 250 web site's report on the issue, (scroll to bottom here) may bring back a few memories for those in Rupert who had their own thoughts on the delivery of news in Prince Rupert by Glacier management at the time.

The commentaries associated to some of the Citizen's own stories, also provide for some instructive reading as to the credibility and relevance that the paper seems to have of late for a fair number of the city's residents.

It would seem that without further documentation and research by the Daily paper and  judging by the anecdotal evidence from the comments on both the paper's own and the Opinion 250 websites that no such full scale confrontation between Fire and police members took place in Prince George on Remembrance Day.

Leaving the reputations of those two institutions in the city to remain pretty solid, while the same it would seem can't be said for Prince George's Daily paper of record.

As a former employee of Glacier Press's Prince Rupert Daily News, I can attest to the fact that Glacier didn't seem to know how to run a daily newspaper. They continually wanted to run it like a weekly newspaper.
That coupled with the fact that they dropped their liable insurance showed to me how interested they were in the "news" side of the business.