Finding favourable financials for would be Canadian franchises 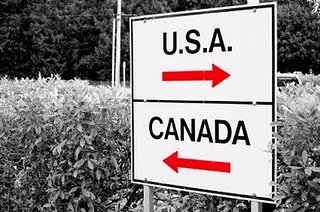 When in doubt call in the accountants, and for those proponents of adding more Canadian franchises to the NHL's family of clubs, the numbers are measuring up very positively it seems.

The weekend past, the National Post provided the spread sheet so to speak as to the viability of such Canadian outposts as Hamilton, Winnipeg and Quebec City, all passionate hockey towns and all wishful that the NHL brings the game back to places where it once was played and where the fire for the game still burns hot.

The synopsis of the article from the Post is that a return to any of the three Canadian cities currently hoping to return to the NHL fold would be financially possible with Canada's strong currency, assisted by the era of the salary cap combining to provide a strong base for a successful franchise.

Mario Lefebvre, a Director of the Centre for Municipal Studies and participant with the Conference Board of Canada, provided the four pillars of support required for success, and the three most mentioned Canadian cities it seems all fit into those guidelines.

Mr. Lefebvre found favourable trends in such areas as the size of and  the financial wealth of at the potential fan base, a sound corporate presence for support and a level playing field , particularly in the area of economics.

With the Canadian dollar now at or above parity with its U. S. counterpart, the financials may never be better to relocate those struggling American franchises to homes north of the border, a move which considering the state of the American economy of late compared to that of Canada's could make the wish list perhaps more possible now than it ever has since the moving vans backed up to Le Colisee and the old Winnipeg Arena a decade or so ago.

The full review of the financials and some feedback from the NHL can be found from the National Post.
Posted by . at 10:51 pm

Labels: Favourable financials for would be Canadian NHL teams

eToro is the #1 forex trading platform for novice and pro traders.