And the Question is... 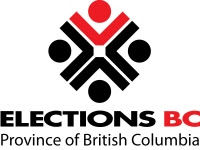 The BC Liberals have introduced the draft question which will be asked of British Columbians in September of 2011 (unless momentum builds to move up the voting date), seeking our guidance on the fate of the controversial HST program.

Drafted by Craig James, the acting chief electoral officer for the province, the question will be:

Are you in favour of extinguishing the HST (Harmonized Sales Tax) and reinstating the PST (Provincial Sales Tax) in conjunction with the GST (Goods and Services Tax)? Yes/No?

Elections BC will  forward the draft to the BC Legislature in the spring session, seeking further discussion, review and approval.

Upon that approval from the Legislature, Elections BC will then conduct the referendum on the Campbell Governments tax program.

The introduction of the tax has provided for no shortage of political trouble for the soon to be ex Premier, and perhaps may cause more problems for those that may wish to follow him when the Liberals choose their next leader in convention.

Considering the trouble that the process has provided for the Liberals, one might suggest that the referendum might have been a helpful instrument before the tax was introduced.

Some of the background on today's developments can be found below.