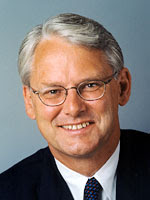 "Angus has been doing surveys since 1979 and he’s never seen a result this low for a premier."--Angus Reid Public Opinions vice president Mario Canseco, with the reviews of the latest political numbers for Premier Gordon Campbell.

With less than two weeks until the Premier takes to the Provinces' airwaves to deliver his state of the province chat, Gordon Campbell is going to have to dig deep to find something positive from the latest public opinion poll in British Columbia.

In the most recent survey conducted by the well known Canadian polling group and released on Friday, the Premier had but a 9 per cent approval rating. Leaving 91 per cent of British Columbians to find less than warm and fuzzy feelings about the man who has led the province since 2001.

It would appear that indeed familiarity is breeding contempt, Campbell's numbers make him more unpopular than the previous poster boys for public discontent. At 9 per cent, the Premier is now less popular than Bill Vander Zalm and Glen Clark who set the bar for unpopular leaders in the 80s and 90's.

And while the NDP might find comfort in the cruel fate that could await the Liberals in the next election, Angus Reid warns that their support is soft, with a good number of British Columbians parking their votes with the NDP until they see what could come next in the way of leadership out of the Liberals.

NDP support in the  poll is listed at 49 percent, the Liberals hold 24 per cent of the support with the Green Party clocking in at 13 percent and the BC Conservatives holding 8 per cent.

With her party holding such a high share of the vote you would think that Carole James would be benefiting handily from the Campbell free fall, instead  she can  count on the support of only 27 per cent of British Columbians.

Her leadership of the party still apparently not universally endorsed by those that might wish to give the NDP the chance to take over the governing of the Province, nor it seems from a number of those within the rank and file.

James has been facing her own troubles within the party, recently expelling Bob Simpson, the MLA for Cariboo North and now having to accept the resignation of the NDP's caucus chair MLA Norm MacDonald,  who resigned his position Friday in protest over Simpson's expulsion.

With the Liberals fortunes so poor at the moment and the NDP Leader's efforts still not gaining favour with the electorate, the push to embrace a new leader for the NDP to take advantage of the Liberal vote implosion may grow.

While James tries to reign in her party and secure her leadership position, over with the Liberals the time may be nigh for some back room discussions of their own to set a new course and if the would be voters are any indication with a new leader.

For the Premier these results may point to  a case of staying a little too long on the public stage and losing  his political radar.

His longevity in office is one contributing factor to his poor showing in the polls, but it would appear that his stance on and the handling of the introduction of Campbell's Harmonized Sales Tax has made a huge contribution to this dramatic plunge in the polls.

In the survey 72 per cent of British Columbians advised that they would vote in favour of abolishing the despised tax, and by their numbers in this most recent survey, 91 per cent clearly appear ready to do the same with the Premier himself.

Some analysis of the polling data can be examined below.