Close to 30,000 dollars in damages from Industrial Park incident 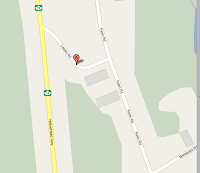 Prince Rupert RCMP have released details of a traffic incident in the Industrial park yesterday that resulted in close to 30,000 dollars in damage to vehicles parked along Kaien road.

Around 8:20 on Wednesday morning a logging truck overturned  while heading towards the Industrial park on Kaien Road,  after failing to negotiate the turn on the east side of the road, with the trailer and its load damaging the four vehicles on the side of the road.


There were no injuries reported from the incident, the driver of the logging truck was issued a violation ticket for insecure cargo.

Legaic road is the steep hill that runs from Highway 16 into the Industrial park, the hill leading down and the intersection of Legaic road and Kaien road has been considered a problem area in the past.

In this instance,  RCMP investigators believe that the size of the load and speed were factors in the incident.

The full review of the rollover can be found on the RCMP website.
Posted by . at 10:44 am