Sure it worked for Martin Luther, but the times they are a changing! 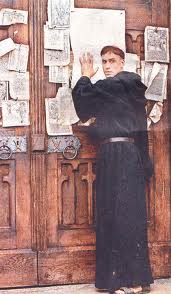 As promised earlier this week, the City of Prince Rupert took some time after this weekend's windstorm to take stock of the way it communicated with city residents in the wake of the Thanksgiving windstorm.

As we mentioned on the blog on Tuesday, Mayor Jack Mussallem appeared on the CBC's Daybreak North program Tuesday morning, outlining some of what he saw in the community after the storm winds had abated, taking time to praise city work crews and those that helped out in the community's post storm hours. He also advised the CBC that council and city management were going to review the challenges in communications that came from the storm.

With the review apparently complete, the Northern View on Wednesday outlined some of the discussion items on the minds of council and city staff.

Councillor Thorkelson expanded on the need for a central  communications point, suggesting that "maybe one of the things city staff could look at is having a central line where people can obtain information"

Councillor Garon described the weekends events as the perfect storm, with the suggestion that what is needed is "someone at City Hall to answer calls or direct people to where they can phone. Or even put a notice on the door outside of City Hall to let people know what’s going on.”

Nowhere however does it seem so far, that anyone on council or staff has taken to the idea of using their own city website to relay information, a situation which we explored extensively on Monday October 11th with our post "What we have here is a failure to communicate"

On the Monday following Sunday's storm  we examined how the city is not making the best of what it could offer to its citizens, that of the idea of posting updated notices and advisories on the web site.

Something that is probably a tad more practical (and relevant to the times) than putting a note up on the door, unlikely as it is that folks would be inclined to wander down to City Hall in the rain and wind to see wheat's been nailed up to the door in the fashion of Martin Luther.

While no one could reasonably expect the city to respond with information as the storm was raging, clearly they failed to delivwer upon its abatement.

Considering the power was returned to the city fairly quickly all things considered after such a vicious storm, most city residents that have internet access could have been updated regularly and factually, passing on that information to their neighbours that may not have internet access.

If nothing else at least,  those that had access to the information could help in the way of  delivery much as a message tree would fan out exponentially, directing traffic to the city website so residents could learn of the city's reaction to and instructions for the situation.

With CityTel a city owned entity, there could also be a robo call program put in place, similar to what the School District does these days (or what telemarketers seem to be able to do in the city on a regular basis) each resident would receive a robo call directing them to the city's webpage for updated information on any emergency situations.

Two ideas that would solve much of what has concerned Councillors Thorkelson and Garon and would make the city pro-active in any emergency as opposed to reactive far after the incident has passed by.

Other items from their deliberations offer up questions however, highlighting that perhaps we need a bit more of an in-depth answer than provided so far.

The realization that the new CityWest  cell system had been wired into the wrong panel,  was certainly something that should be of concern to the city. It would be something one would think that would have been tested long before the failure of the weekend took place.

And while city residents  can take some comfort in these words from CityWest 's Manager Rob Brown  "“It’s unfortunate, but it was fixed, and hopefully won’t happen again,” , Council may wish to find out why no one bothered to test the cel phone capabilities for serviceability in the event of an emergency.

The gas  fired Hydro turbines at Galloway substation are another item of concern to the Mayor, and rightfully so. As he mentioned in his comments to the Northern View, council should be asking BC Hydro to ensure that there is a back up system in place to kick in should the gas fired turbines no longer operate due to an outage.  Considering this is not the first time the community has suffered a gas outage, it's something that should have been addressed much, much earlier.

Council should also make inquiries to the local radio stations about their back up generator plans for when their signals go down.  Both the CBC and Astral media offer up their local bona fides to the community, but distance seems to provide an obstacle to delivering full services, especially when those services are required most.

Both the CBC and Astral media are responsible to the CRTC for their signals, Council should send letters to the stations in question and the CRTC urging those stations that broadcast in the city to ensure that they have back up plans (some form of generator at the transmitter sites) in place to return to the air as soon as possible. (It's timely to note that Astral is currently seeking CRTC permission to move CHTK to an FM frequency, the city could offer up it's input to the CRTC on this request, expressing concerns over the back up power situation)

Interestingly enough, both operations (CBC Prince George) and (Astral CJFW) have an internet presence on the web, so once the power was up and running their signals would have been available to computer users in Prince Rupert.  The city could possibly have gotten word to Prince George and Terrace to relay information in that transmission format. Again, those without internet access could have been informed by those that do have such capability.

Still, as some council members pointed out the radio signals over the air were down for a significant amount of time,  though that may be the least of the issues with those signals.  The information gap that took place on the weekend probably wouldn't have happened back in the days when we had fully staffed local stations at both CHTK and CBC. With the signals in town now not much more than satellite  repeater stations of larger operations, the ability to provide information to local residents has been  reduced considerably.

Council may also wish to ask the city's remaining news service The Northern View, why it wasn't able to provide any information on the storm until Tuesday at the earliest. When the Daily News was purchased by the ownership of the Northern View, one of the key points that the papers owners put forward was its plans to better use the paper's website to deliver important developments in the city.

With their lack of news coverage from October 9th to October 12th, not only did the news service miss perhaps the largest story of the year, it failed to deliver on what had previously been one of its previous strengths,  the one thing that had made it successful at the expense of its one time competitor, the ability to report on the news in a timely and useful fashion through its internet presence.

At the time of the purchase and closure of the Daily News, Black Press Chief Operating Officer Rick O'Connor said the community would be better served by a financially strong weekly paper, something which in this instance doesn't quite resonate so well at the moment.

There's apparently lots to be done to ensure that the city's residents are better informed the next time that Mother Nature reminds us of her power.

Council should examine all of the contributing factors to this past weekend's information breakdown and report back to the residents of the city as to the steps they have taken to make sure that it doesn't happen again.