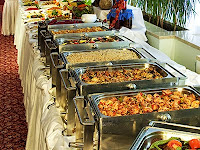 With the summer vacation season at, or just past the halfway mark, we open up our Brunch with a look at the troubles for a couple of North America's airlines this week.  The week ended on a positive for Air Canada, but on the way to the happy ending there was a whole lot of misery and more than a few nasty comments directed towards the national carrier.

That after they managed to destroy the specialized wheel chair of a Kamloops boy, Tanner Bawn. The rather slow approach to good customer relations certainly provided more than a few moments of bad PR for the airline before they got things right.

In fact, their clumsy attempts at problem solving continued on as the backlash on Twitter moved to a crescendo of complaint. Suddenly perhaps realizing that all that tweeting wasn't going to be a good thing, Air Canada finally delivered a repaired chair and went on to promise a trip  to Disney World for Tanner and his cousins.

While Air Canada finally found some redemption, we're not sure that the same can be said for United, which managed to forget about a 9 year old boy who was flying solo from San Francisco to Ottawa, left in a small room at Chicago's O'Hare airport, the lad Julien Reid, had more than enough time on his hands to put his thoughts to paper and has offered up a rather stinging rebuke of the airline's customer service skills.

Describing his eight hour ordeal as the "worst day of his life", you get the feeling that when the media is finished recounting his tale, that there will be a few airline employees having much the same feeling.

Airlines aren't the only ones feeling the wrath of the critics this summer season, the Globe and Mail features a particularly snarky restaurant review this weekend. As the paper's gastronomic reviewer levels more than a few broadsides at the restaurant scene in Banff, Alberta.

Apparently having run into one dis-interested waiter or waitress too many, Ian Brown paints a picture of indifference on the grandest of scales. Where the simple attempt to get a seat in a Banff area restaurant descends into petulance and immaturity from a collection of young service industry professionals who would rather text their friends, then sit their customers.  A faux pas that we imagine reduces the possibilities of a well deserved tip at the end of the night after Brown put together his thoughts on the level of service in the Alberta rockies.

Perhaps the staff were simply receiving instructions from their parents. A new study shows that teenagers and young adults have a better chance of remembering to take any  medications they must take, if Mom, Dad or a health professional send them a text message.  A doctor at a hospital in Columbus, Ohio has found that the teenage infatuation with texting has proven to be an entry into their lives, allowing her to remind her patients to take required medicines in a timely fashion. The young adults apparently will accept a text, but won't answer a call.

Speaking of answering a call, over on the political side of things, this was also a week where Haiti gained a rather high profile Presidential candidate, as Wyclef Jean announced that he was ready to seek the top office in that troubled nation.

If he's looking for a slogan come election time, perhaps nothing better than the chorus from No Woman, No Cry, and "everything is going to be all right", will set the tone for the campaign.
.
.

Canadian politics took a Law and Order turn this week with word that the Conservatives were preparing to introduce a more rigid tough on crime agenda. Something which may appeal to right side of their political ethos, but has left a few high profile commentators less than impressed. National Post columnist  Terrence Corcoran, described the latest moves of the Conservatives to fight crime to be about as effective in curbing genuine criminal activity as the other organized crime measures have been, which is not at all. Corcoran went on to suggest that their latest moves are likely to make things worse.

And as if that view from the Conservative press was not bad enough,  none other than Conrad Black, has spoken out on the latest ministrations from the Harper side of the House of Commons. His Lordship fresh from his time of incarceration at the hands of the American Justice system, offers up the thought that the latest moves from the Harper Justice league is playing to the reactionaries.  A commentary that many probably wouldn't have thought would be forthcoming from Mr. Black a few years ago, but with age and time served it seems that he's had some opportunity to review all matters of jurisprudence and finds that the latest plans of the Conservatives when it comes to Law and Order may need a second look.

And when it comes to such things as the perception of Law and Order, it would seem that television's portrayal of the quest for justice leaves more than a few feeling a little offended.  In a New York Times opinion piece this week, Stanley Fish, who writes on law, order and society opined that the 20 year old television show Law and Order didn't really like rich people all that much. Fish reviews some of his favourite (or is that not so favourite) moments from the show and traces a litany of villains and miscreants, all with the same non-redeeming quality of being from the monied class. Then again, if you think about it, the show's timeline has followed along with the era of greed that seemed to make the mark of society these last twenty years, so as they like to say in the advertising, ripped from the headlines.

Michael Roston, one of the founders of the site offered up this farewell to the readers, pointing us to the sites the Goodbye channel as a link to some of the past participants in his experiment in news reporting and news making.

On the theme of Journalism on line and broadcast, our podcast selection of the week takes us to the Poynter Institute for Media Studies, where you can listen in on any number of discussions on media matters of these times.

And to wrap up our review of the week, we look to the Toronto International Film Festival which announced its schedule for this September's  annual gathering of the A listers and other hangers on. Another packed calendar spanning 11 days, 300 films available for the viewing offering up a rather wide cross section of film making.

One offering that caught our eye is The Promise, a documentary on Bruce Springsteen's Darkness on the Edge of Town tour of the late seventies. The film, featured in Toronto for its world premiere will provide what's described as never seen before access to the behind the scenes events of the tour as Springsteen and his band took to the road at the start of his music’s resonance in America.

To tide us over till show time in September, here's a sample of Springsteen and the band doing what they do best.

With the much-anticipated release of a commemorative box set for Darkness on the Edge of Town slated for this Christmas, Bruce Springsteen's classic record is getting renewed attention in the music world. Details on the project are scarce; however, in a recent interview with Rolling Stone, Steven Van Zandt mentioned that about 10 unreleased songs will be included in the box set. Fans are surely hungry for any and all material they can get from the 1978 recording sessions and subsequent tour.

For our own preview of what's to come, we contacted Dick Wingate, who was intimately involved in the launch and marketing of the album and tour. He offers an insider's view of what the Darkness era meant to Bruce and the band, while painting an often-humorous behind-the-scenes account of some of the tour's highlights...check out the book The Light in Darkness, which one fan said, "… would also make a great companion piece to the much anticipated commemorative Darkness box set…"