Office aides plan next move in dispute with NDP MLA's 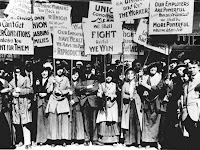 “It’s fair to say that two per cent over three years was disappointing — it’s even under the rate of inflation.” -- The main sticking point when it comes to the latest in negotiations between NDP MLA's and their office staff.

NDP MLA's (including the North coast's Gary Coons) may end up adding a few more routine duties to their daily affairs in the near future as local constituency aides of the opposition MLA's decide their next move in a dispute with their employers.

Constituency aides have rejected a three year contract offer from their bosses, putting the prospect of a strike vote as the next item on their agenda in their efforts to reach a more suitable contract agreement. Their current collective agreement expired in June of 2009, so they may be getting a little concerned over the slow state of the path to a new agreement.

A more successful negotiation for the employers took place in December when NDP caucus staff accepted a one year contract in December of 2009,  agreeing to the two percent pay increase among other items of negotiation. So they'll probably be keeping an eye on the current course of events for their own review in late 2010.

The 35 NDP members of the Legislature hire their own constituency office staff, a labour pool that is represented by the B.C. Government and Service Employees’ Union (BCGEU).

To add some pressure to management's stand, it's anticipated that the go ahead for a strike could come this month, though the BCGEU was also quick to point out that doesn't necessarily mean that a strike is imminent, as they would ask for mediation before heading to the picket lines.

The constituency workers are seeking a more rewarding pay increase from the current offer of 2%, the most recent wage scale listings has the current rate of compensation around the 20 to 22 dollar an hour level.
Posted by . at 9:14 am

Labels: Labour dispute for NDP MLA's and their assistants

I can't believe the NDP have finally reached the point where greed over rules fair and living wage.
Let see now....how much does an MLA get comtared to the staff.
You know what, never mind, they are all pigs at the trough.
Even the NDP.