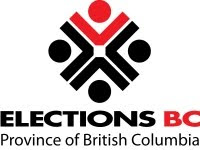 “We will do a recall in November, it’s time to change the government and have a new election,”  -- “It’s clear the entire system is corrupted, even reaching down into the body that we rely upon for objectivity and impartiality which has now been tainted by the decision — we have to clear out the government and start fresh"-- Chris Delaney lead organizer of the Fight HST campaign outlining his thoughts on the Elections BC ruling of Wednesday.

When we last left Former Premier Bill Vander Zalm he was patiently waiting by his phone for the final deliberations of Elections BC on the status of the Fight HST petitions.  When the phone finally rang, Acting Chief Electoral Officer Craig James ruled yesterday that the petition is valid, but that the petition would not be forwarded to a legislative committee until pending court actions set to begin on Monday are resolved.

A move that the former Premier describes as a "stall tactic", suggesting that the with opportunities to appeal the petition process could be postponed for years, while those proponents of the tax drag proceedings on through the judicial system.

It's a decision that seems to have been unanticipated by the anti HST group,  with Chris Delaney who has been the lead organizer of the process clearly one of the angriest of his group with the directive of Elections BC.

The Fight  HST forces now believe that they have two course of action available to them, seeking out a court order to reverse the decision and to mobilize the forces to start a recall campaign in all 46 of the ridings that are home to governing Liberals.

Towards the latter goal the Fight HST group was quick to action Wednesday evening, posting a MLA Recall list prominently on their website,  setting the stage to direct their energies towards a recall in November, seeking to as Delaney puts it "clear out the government and start fresh".

To achieve that success, they will use the provisions of the Recall and Initiative Act and target the Liberal ridings, looking to gain the signatures of at least 40 percent of the voters in each riding.

Considering the success of their most recent petition, one would imagine that more than a few Liberal MLA's may feel a little nervous in the months to come.

The fall session of the Legislature would appear to be one which will be one of the more tumultuous in recent BC history, as Liberal MLA's keep a watchful eye on their constituents and which way the HST winds are blowing.

Below are some of the reviews of the Wednesday events.