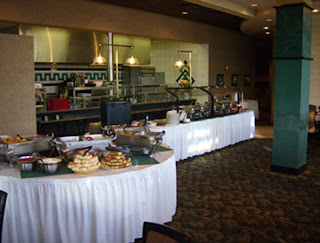 Our weekly look at some of the more intriguing or unusual items we have come across over the last seven days for your Sunday morning/afternoon leisure.

New Yorkers who love to live in the city that never sleeps, might have been feeling a bit of insomnia this morning, as worrisome events played out in the early evening hours of Saturday and dominated the American news cycle through the night. A suspicious vehicle in the Times Square area brought the attention of New York City's Bomb Squad, the FBI and Homeland Security  as concerns over potential terrorism once again visited America's largest city. The suspected car bomb made for much coverage from New York's media, with the Daily News,  Post and New York Times offering up their thoughts on the night's events.

Teaching is no doubt a pressure ridden profession at times, as educators struggle to provide a balanced academic curriculum under trying  circumstances. Sometimes things go well and other times... a British educator was pushed a little too far in his class and now faces a judge and jury rather than a classroom.


With the NHL playoffs moving forward with a surprising appearance in the second round by the Montreal Canadiens, we take a look at the NFB channel's look at the importance of hockey in Quebec, a review of the days of the Quebec Nordiques when they began their illustrious hockey history in the WHA.

Items of a frozen nature of a different kind provides us with a look at the chaos that a blizzard can cause, as the Charlottetown Dairy Queen managed to bring the city to a standstill with a recent frozen treat offering.

Mr. Obama went stand up on Saturday as he provided his response to the Washington White House Press correspondents at their annual gathering which at times resembles one of those old Dean Martin roasts more than anything else. On a stage shared with Jay Leno, President Obama clearly had the better writing team on his side for Saturday's slam off, with a wide selection of zingers directed at Washington's media and political leaders. The Politico gathered together the library of chuckles for us to review in the post party moments. C-Span provided the video for us to follow along to.

The President's commentary was positively G rated compared to that of the Senators and Congressional leaders who spent the week chatting up the folks from Goldman Sachs, last weeks sessions to try and get an idea as to what was going on at the financial house as the finances of the nation were a crumbling led to a few candidates for the soap washing routine from their mothers.


.
Of course, the effluent may yet hit the fan as the Justice Department begins its investigation into the efforts of Goldman Sachs during the financial meltdown.

Another executive who may one day find himself in front of the politicians is the Chairman of British Petroleum, Tony Hayward who has been criticized of late of his handling of the ecological nightmare unfolding off the southern gulf coast states.  With a black tide washing ashore in Louisiana and Mississippi and the President getting caught up in some of the fall out from it, Business Week magazine outlines documents that suggest that BP was never prepared for such a calamity as that which has struck the Gulf coast.

The world of finance and industry find a home in our podcast recommendation for Sunday, with an invitation to check out NPR's Planet Money podcast, a helpful guide to all those confusing economic matters that seem to pop up these days, they manage to explain things quite nicely and don't even need to use profanity for effect. You can check it out at the NPR site.

If Conservative Defence Minister Peter McKay wants to make a little cash, perhaps a career in the fashion industry might help in his retirement, McKay makes his mark as a fashionista as he poses for a Rugby sweater manufacturers catalouge, a walk down the fashion lane for Canterbury of New Zealand that has Ottawa's media all a buzz.

And with money on our mind, we'll take a trip back to the seventies for our musical selection of the Brunch, with one of the great bass lines in music history, we check out the financial's and bottom lines in the quest for the almighty dollar with the OJay's..