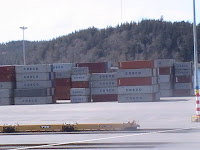 The ongoing discussions over labour issues between the ILWU and the BCMEA will require yet more talk, as the two sides in the current dispute take a break from negotiations to reassess their positions and future moves.
The two groups will return to the discussion table on January 23rd after having taken seven days to examine where things stand and what if any progress is available in the future.
The latest developments (or lack of as it turns out) come three weeks after the deadline for potential job action came and went at the start of this month, the ILWU has not issued a strike notice thus far, nor has there been any suggestion of a lock out while the discussions have shown signs of forward momentum.
The threat of job action has sent alarm bells ringing for shipping authorities who fear that any kind of shutdown of British Columbia ports could drive shipping companies to American ports in an era of dwindling shipments due to the economic downturn.
If any form of job action takes place, there's a good chance that Parliament in Ottawa may be called to legislate an end to any labour trouble on the ports, though clearly the process is still a fair amount of time away from such a move.
A better idea as to the status of the discussions and what the future may hold from them could come by late this Wednesday after the next set of negotiations take place.
The Northern View-- ILWU/BCMEA negotiations on hold for another week
Grainews.ca-- B.C. ports, union take week to ponder proposals
Journal of Commerce online-- Sides exchange proposals in Vancouver contract talks
Posted by . at 7:11 pm