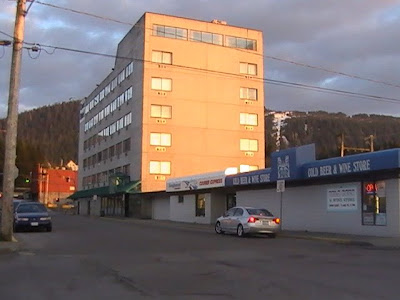 If the incoming Prince Rupert City council can learn one thing from the tribulations of the most recent one, it is that it’s best to make sure that your inner workings are being explained clearly and openly at all times.

The special session of council held last week off of City Hall premises, has proven to be one final bit of drama that probably could have been avoided if only it had been explained properly and a different course of action and venue selected.

Mayor Herb Pond spoke out about the nature of the special session held at the coast Prince Rupert Hotel on Wednesday, explaining that the meeting had to be held away from City Hall as the council chambers were being used for advance polling for the municipal election.

While that may be a valid reason for not meeting in council chambers we guess, the idea of taking the show on the road and paying for the use of a private hotel penthouse isn’t sitting well with a number of the candidates that were running for council in the week of the now controversial meeting.

In fact, a number of them suggest that the meeting never should have taken place at all, considering that those voting on the issues of the agenda (whatever they may have been) might possibly not even have been elected to the next council that will have to deal with the fallout of those decisions.

Putting aside the validity of that point, one wonders why the councilors just could not have met at any of the other municipal options available to them, such as the Lester Centre of the Arts boardroom, one of the many rooms available at the Civic Centre or just rescheduled the meeting for a more convenient time in their own chambers, which apparently would have been one hour later than the scheduled start time of the Rupert Hotel conversations.

It was the optics of taking the meeting to a penthouse and not explaining to the public what the reasoning for that move was, that once again drew suspicion on the motives and operation of the civic government.
Those optics have been a frequent mis-step of this outgoing council, whether it be over children's banners, city hall hiring decisions or rescheduling special meetings, the secretive nature and poor communication on the issues has caused this outgoing group more grief than they should have had to face, and all of that trouble has come by their own hand.

A lesson that perhaps the participants in the sessions to come from this new council might take heed to.

The Daily News had some background on the special session as part of the Monday paper.
Last-minute meeting criticized
Council candidates say outgoing council should have backed away
By George T. Baker
The Daily News
Monday, November 17, 2008
Pages one and three
A decision by city council to hold an emergency meeting at the Coast Hotel three days before the municipal election rankled some city councillor candidates as being "unfair" and "rammed through".
City council held an emergency council meeting in the hotel's penthouse Wednesday evening regarding a city personnel and litigation matter.
According to council challenger, Erika Rolston, the meeting should have never taken place before the election, and really should not have been charged to the public purse.
"I think it is completely inappropriate. Who knew if any of the council members making that decision are going to be on the next council? I think it is really irresponsible and it certainly doesn't show any compassion for the next council that is going to have to go in and clean up any mess they are creating," said Rolston.
She added that it was no surprise for an outgoing government on any level to try and "ram through" decisions they want to see happen.
The city council's in camera meeting last Wednesday may have cost the city $175 plus GST to rent out space at the Coast Hotel, rather than wait an extra hour to proceed with its in camera meeting in the council chamber after the advanced polling station had closed.
Outgoing Mayor Herb Pond said the meeting had to be arranged for Wednesday and it had to be at the Coast Hotel because of scheduling conflicts.
"Our intent to meet was advertised with the appropriate public notice, so it hardly qualifies as the 'secret meeting' a recent letter to the editor so deemed. The date was chosen to match many individual schedules, but council chambers were booked for the advanced polls so we needed an alternate location. It's that simple," said Pond who responded though an email.
Pond went on to say that the current council will keep a very busy agenda right up until the new council takes over on the evening of Dec. 1, when the new council is sworn in.
"There are simply too many good things happening for us to slow down for a second, and I expect that the new council will be as diligent in losing no time getting started," said Pond.
Don Scott, who finished second in Saturday's mayoral race, agreed on Friday that the current council was still in power and that because it was a confidential matter that the current council should carry out the business that it is expected to do.
"It's not my decision to make and I really can't criticize them because I really don't know what they are doing," said Scott.
Outgoing councillor Tony Briglio said the meeting had to take place and that $175 plus GST price tag was a nominal fee in comparison to the decision that needed to be made.
None of the councillors was able to speak specifically about the details of the meeting because they have been advised by city lawyers to remain silent about the decision.
Regardless of the reasons and who the meeting was about, perhaps the city may not have got the best deal for the meeting's location.
The Highliner's banquet room would have cost the city $100, perhaps only a saving of $75, but a saving none the less.
John Young is a political science teacher at the University of Northern B.C. who specializes in local government. He said that this type of thing is normal council government business, regardless of where it was held.
"Without knowing the particulars of the case it's kind of difficult ... there are a few scenarios there. One is they are trying to do something that should have been done earlier and kind-of got left behind before the next council comes in, in which case you would applaud it," said Young
Young added, the other scenario was if the city was trying to act quickly because they knew the outcome and wanted to get it done before the outcome would change.
"So, I guess the question is, is this something that has been hanging for a while as a favour to the next council or is this something they are trying to race forward with as the existing council they feel they have a better sense of what the outcome might be?" said Young.
Paddy Greene, who has sat on council twice before said it seemed to him that "lame duck councils" should not be the ones to deal with personnel issues this close to an election. He said he could not remember ever trying to put together a council meeting on personnel matters this close to a possible council overhaul.
Greene was also not happy that the city rushed to use the Coast Hotel amenities when they could have waited an extra hour for the use of the city hall chamber.
"All they had to do was wait until eight o'clock. Times are tough and we've got to not just watch the dollars but also watch the nickels and dimes, too," said Greene.
Briglio agreed that it would have been more convenient to wait, but the city had to deal with the issue immediately because of the nature of the issue.
"We could not let politics get in the way," said Briglio. "Your are dealing with people and it needs to be done with respect, fairness and be damned with politics."
That comment left one challenger dumbfounded.
"It is strange for a politician to say that," said challenger Joe Viscount. "I just think having heard transparency was a big issue going into the election, it might be advisable for them to hold off until post-election."
Posted by . at 12:16 am

Labels: Yet another special session of council