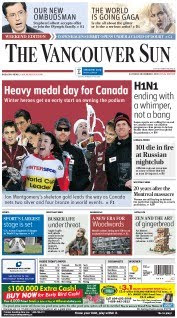 While Canadians are still dutifully lining up for their H1N1 shots, sometimes having to make three or four attempts before successfully receiving their vaccine, some medical observers are suggesting that the danger may have passed and that the continuation of the mass vaccination policy is not only not needed, but is detracting from other required care programs.

The Vancouver Sun featured the declaration Saturday on its front page, outlining the case against the ongoing vaccination program as detailed by Dr. David Fisman, a University of Toronto expert in infectious disease. His thoughts on the current H1N1 situation were delivered to the Canadian Medical Journal last week.

Dr. Fisman in particular explains that by the time the virus had peaked and subsided before the mass roll out of vaccines had begun, to continue now he suggests is puzzling since the virus in his opinion is almost done.

His opinions will be running counter to what the nation's Chief public health officer David Butler-Jones has said, he explained that so far about 30 per cent of the population is now immune to H1N1, either because they have been vaccinated or because they have already been infected. But in his opinion there are still ``millions'' of people are still at risk of infection.

The next step we guess is up to them if they wish to be vaccinated or not, either way we suspect that the lines will soon be getting shorter, either because those that needed the H1N1 shot have received it, or because many agree with Dr. Fisman's perspective on it all.
One thing seems certain, the conflicting opinions of the medical officials won't do much to help us see this thing with any more clarity than the last four months has provided.
Posted by . at 1:02 am