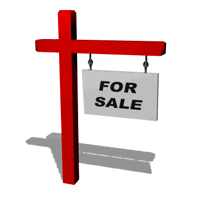 .
.
As Prince Rupert's real estate market suffers the ups and downs of a nervous economy, the city's real estate agents seek out ways to highlight their listings and bring success for their clients.

Monday's Daily News outlined the concerns of one would be vendor and the approach of one of Prince Rupert's real estate agents in trying to move the property from listed to sold...

.
.
Realtors thinking outside the box
With housing sales in the city called 'soft', new ideas taking hold
By George T. Baker
The Daily News
Monday, February 02, 2009
Pages one and five


Rob Ferguson has his concerns about selling his house in Prince Rupert.

Certainly the price has exponentially increased since the day he purchased it back in the early 80s - $75,000 compared to $239,900 he's asking for it now.

But investment aside, he's going through the same kind of jitters all house sellers go through, asking himself will it sell, for how much and when it does will he be happy with his return?
"I've found it very frustrating," said Ferguson during his open house on Saturday.

Selling homes is, during the best of times, a roller coaster. The turn of the millennium in B.C. has seen a steady boom in success for real estate agents and home sellers alike.

Specifically, in the northern region of the province, December numbers are pretty much reflective of the provincial average, with sales totals sloping downward by 31.9 per cent from the year before. Last month, 141 units changed hands in the region, compared to the year before when 207 units were transferred.

Prince Rupert Real Estate agent Keith Lambourne remains optimistic, if not sounding a bit like Stephen Harper, when he says perhaps now is the time to buy.

"I'm not a fortune teller and all I can say is right now is a good time to buy a house," said Lambourne.

Lambourne has been entrusted with selling Ferguson's home and hence was at an open house on Saturday where the crowd wasn't exactly beating down the door to have a look-see of the handsome two-storey home.

Open houses is something Lambourne expects to be doing more of in the foreseeable future, as it is one of real estate agents most effective tools at generating interests in homes.

"You got to show a little bit more initiative when the market is this soft," he said.

It isn't the price or the condition of the house but the way things are going around the world, according to BCREA chief economist Cameron Muir.

In his December report, Muir said the world's financial troubles has rolled numbers downwards and hurt home purchasing confidence throughout the later-half of 2008.

"The housing market came in like a lion and went out like a lamb in 2008," said Muir. "Home prices reached a record high in March, but edged lower during the balance of the year." The average residential sales price hit $483,291 in March and ended the year at $429,210, an 11 per cent decline in nine months.

"The global financial crisis, a sharp correction in the equity markets and a recessionary environment in Canada has wreaked havoc on consumer confidence," added Muir. "While it's difficult to predict when consumer confidence will strengthen, home affordability is quietly improving as lower prices and mortgage interest rates increase the buying power of BC households."

Ferguson, who has lived in Prince Rupert so long he can remember working on the original construction of the port facility long before any intermodal system was discussed, said that he realized selling his home right now was bad timing but it was something he wanted to do.