Will safe injections sites soon be common to Northern BC? 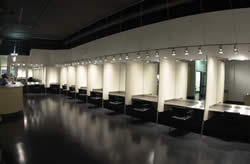 "Makes the best of a bad situation” and reduces harm to the user and to their neighbourhoods. -- Dr. David Bowering, Chief Medical Health Officer for Northern Health, on the topic of possible safe injection sites for the Northern BC region.

Many communities have yet to have proper detox facilities or even proper help for those that are addicted, but on the burner it seems may be the option of safe injection sites for those living in Northern British Columbia.

Northern Health recently met in Prince Rupert and one of the main topics of debate appears to be the prospect that Northern BC communities may wish to look at the introduction of safe injection sites, locations that while still a long ways off and purely in the discussion stage, are certainly something that is on the radar for Northern Health.

The discussion came about after yet more disturbing figures show that the rate of HIV infections continue to be on the increase in Northern BC communities, with that in mind Northern Health has looked at effects of the safe injection sites currently in place and have determined that the evidence is that they "do reduce harm."

Doctor David Bowering, the It is something that is really a long way off. But can I see us talking about it.

It will no doubt be a conversation that may just prove to be as controversial here as they have been in in Vancouver where the Insite location has been operating for six years now. Other communities in the province and across the nation for that matter have begun the process of possible development of their own locations.
It will be interesting to watch the debate progress here as the plans, long range for now, become to edge closer to the implementation phase.