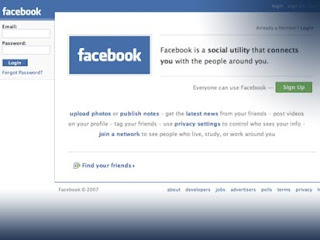 For a nineteen year old from Laval, Quebec it would seem that the whole concept of facebook isn't quite getting through.
The social networking service makes its impact by building up list upon list of contacts, helping users to make new "friends" or link up with old ones, in the case of Philippe Duquette, he's made a bunch of new ones, guys and gals in uniforms, with badges, guns and hand cuffs. And a group which took a rather interested view of his postings.
Duquette is alleged to have created an on line group, in which he outlined his plans to blow up a police car and the police station in the Montreal suburb of Laval, he proved to be a popular facebook contact, as over 300 had signed onto his group, more than a few no doubt of whom were Laval police officers who took him into custody to face three charges including uttering threats.
While he waits for his march 19 court appearance he'll have to make do without his connection to facebook, as part of the conditions of release he is to refrain from using his computer.
.
One wonders if his "friends" from the page are standing by him now or have become co-conspirators or witnesses for the prosecution, most, if they've figured out this was one place not to be, have probably moved on to less troublesome pursuits on facebook.
Posted by . at 5:02 pm