Labour Board orders BC teachers to the testing rooms 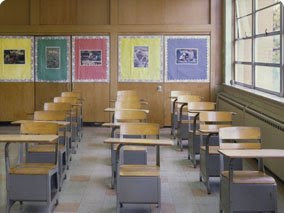 “It’s not a choice for us or a choice for the BCTF to follow their ruling, it’s an obligation, a legal requirement, to follow the rulings,” Finlayson said. “And we would expect that the BCTF will ... direct its members” to do so."-- BC Public School Employers Association CEO Hugh Finlayson, outlining his thoughts on the Labour Relations Board ruling on FSA testing delivered Monday.

They may have voted to boycott the FSA tests in December, but in February the Labour Relations Boards has ordered the province's public school teachers to move on and administer the Foundation Skills Assessment tests.
After a three hour hearing in Vancouver, the LRB issued its decision late Monday afternoon, advising the BCTF that "administering /supervising the FSA tests is prima facie work which teachers are obligated to perform".
LRB vice-chairwoman has advised the Teacher's Federation that they have until 4 pm on Wednesday to cancel the boycott and make the proper preparations to administer the controversial tests for grade four and seven students across the province. The decision by the LRB is considered a legal requirement, one not subject to negotiation.
The BC Public Schoool Employers' Association had taken the case to the Labour Relations Board, offering up the argument that by boycotting the tests, the BCTF was in effect conducting an illegal strike.
With the clock starting at 48 hours and counting, BCTF President Irene Lanzinger was meeting with her executive Monday night, working out their reply to the LRB order. She offered up the comment that she hoped that that a federation decision as to their next move would be provided by Wednesday at 4.
Vancouver Sun-- B.C. teachers ordered to end boycott of FSA tests
Vancouver Sun-- Tests become basis of power struggle in schools
CBC News-- Teachers told they must administer FSA tests
Posted by . at 10:16 pm