Foot in mouth outbreak once again on Parliament Hill 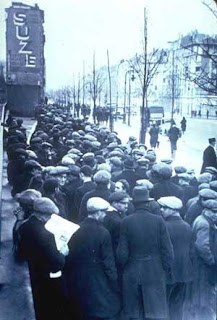 There’s a story that's been going around Ottawa for a while now that the Prime Minister is a bit of a micro-manager, he likes to keep a tight rein on his cabinet members, lest they wander off and say something stupid.

We suspect however that for just the briefest of moments, he took his eye off of the MP for Haldimand - Norfolk, the Minister of Human Resources, the one, the only, Ms. Diane Finley.

Ms. Finley offered up a rather controversial response as to the reasoning behind the Federal Government’s plans towards the Employment Insurance program over the weekend.

What with the unemployment rate on the rise and projections of much worse to come, the government has apparently come to the conclusion that making those benefits easier to come by for the recently or soon to be laid off just isn’t something to be done.

After all as Ms. Finley pointed out "We do not want to make it lucrative for them to stay home and get paid for it, not when we still have significant skill shortages in many parts of the country."

Now in a time of a booming economy one might at least understand the concept of the instructions, but with an economy that even her boss suggests is going to be facing a troublesome patch, one wonders where all those jobs that Ms. Finley might like to relocate everyone to might be soon be found.

To read between the lines of her commentary, the Conservatives would seem to wish to see Canadians loading up the car and travelling the nation in search of jobs during the greatest economic downturn since the Depression. Perhaps we could just jump on a freight car and get a head start to one of those Unemployment relief camps that proved to be a popular gathering spot and one of the great visuals of that era.

Needless to say her, rather less than surefooted handling of the issue has been the opening that the opposition has been looking for, ready to point out that despite their protestations that they understand the situation the nation is facing, they don’t seem to follow up with the right move at the right time.

Finley's handling of the Employment Insurance file seems counter productive to a government that has introduced a budget laden with incentives for industry, infrastructure grants for everyone (providing they qualify and hey folks, it helps if you're a Conservative riding by the way) and billions of dollars in deficit financing.
.
Tough times do require tough decisions, but they have to be the decisions that provide for the greatest good. In this case, the government appears to be making that safety net that the workers across the nation have been paying into for many years even harder to attain.

Ms. Finley was first elected to Parliament in 2006, returned in last years election and should she manage to hang on to her job for just three more years, she will qualify for her Parliamentary pension upon her sixth year of service, ready for payment upon her last day of work. It will provide for a nice little nest egg that a lowly EI applicant could only dream of attaining.

A pension plan that is one of the sweetest deals of Canadian income generation and more than a few light years ahead of whatever pittance the unemployed might collect for those 50 weeks that they are allowed to collect from a program that they’ve paid in for and in the case of a good many probably never collected from before.

While there are no doubt many cases of EI fraud and questionable claims, those could easily be handled by the battalions of civil servants that work within the Canadian governmental bureaucracy.

Reform of the system is a given, but reform that makes the system workable, not unattainable for those that are truly in need and more importantly have done nothing wrong but suffered the misfortune of a lost job and seek only the cushion that the system was designed to provide.

To take on an air of suggesting that most Canadians would prefer to laze around the house rather than work seems to be a tad out of touch with the voters not to mention the current economic situation. But then again, as we’ve seen over the last few months, many of our politicians, federal, provincial and municipal seem to be rather out of touch.

Three more years until pensionable time has been served, one hopes for Ms. Finley’s sake that she won’t need the services of the EI program before that magic date arrives, though you can’t help but wonder if perhaps it wouldn’t be poetic justice if she just came up a little short on her own qualifying time.
Canada.com-- Diane Finely under fire for 'lucrative' jobless comment
The Province-- Tory minister 'out of touch'
Opinion 250-- Minister's EI comments - An insult to the workers of Canada
Northumberland Today-- 'Discouraging and disgusting' attitude to labour
Posted by . at 1:30 pm