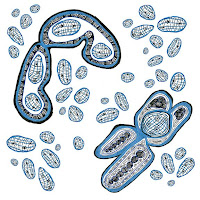 A common food flavour enhancer found in many foods that are imported from the United States may be contaminated with bacteria, a situation which may see the Canadian Food Inspection Agency listings grow exponentially by Monday.

The flavour enhancer known as hydrolysed vegetable protein (HVP), has been reported responsible for at least 50 product recall notices in the USA in the last few days, so far in Canada the ingredient has only been found in 4 product lines which have been listed on the CFIA website .

However, because of the widespread use of HVP in many food items, it is anticipated that the list will grow fast once all the details are provided to food inspection authorities on both sides of the border.

The contamination problems come from a Las Vegas based plant for Basic Food Flavors, which makes seasonings that are used in or on foods to give them a meaty or savory flavour.

The products under recall at the moment have been imported into Canada by The importer, Costco Wholesale Canada Ltd., so far the path of distribution of the products has been in British Columbia, Alberta, Saskatchewan and Manitoba.

The CFIA website will have further updates on the current problem and if the recall list expands.