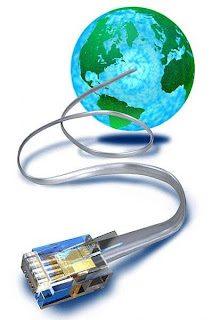 The shifting allegiances of Canadians is having an impact on the way they spend their leisure time and with it perhaps causing a little bit of angst in the head offices of Canada's television options. (Not to mention the horror in circulation and accounting offices of the nations newspaper industry)

A study released on Monday by Ipsos Canada outlines how for the first time, the average Canadian spends more time on the internet than stuck in front of the television. Only those aged 55 and over were still more likely to spend a longer time watching TV than younger generations, below that 55 year old point the internet is proving to be just as alluring if not more so than the offerings of Television.

Canadians now spend more than 18 hours a week online, compared to just under 17 hours watching television, a situation that must be sending alarm bells off in the sales offices of network and cable program producers.

While the big splash events like the Olympics, and other sports events as well as such things as Awards shows will always seemingly attract large audiences, for those other periods of time, Canadians seem to be shifting their attention from the Big screen to whatever screen is the conduit of their internet connection.

And if television is hoping to stem the defection rate, then one wonders if today's announcement by the CRTC that they have sided with the networks in their battle with cable and satellite providers won't cause even more of a backlash and more of an exodus from their offerings.

The CRTC (pending a Court decision) is turning the debate over flow through revenues back over to the networks and the satellite and cable providers to sort out, a situation that seems certain to ported of yet more increases in cable or satellite fees for the consumer.

The aspect of the internet that most appeals to the user is the ability to pick and choose what they wish to see and have access to it on their own schedule.

As things exist with cable and satellite today, thanks to CRTC reuglations, we still can't pick and choose which channels we wish to receive and which we don't, still required to pick tier after tier of programming that we may or may not wish to watch, but which we still have to pay for.

And while Canadians most likely wouldn't argue that Canadian content providers deserve some reward from those that carry their programming, in the end Canadians should have the right to decide if they even want to watch the thing in the first place.

Give Canadians that option, bring the cost of access to that programming back down to a more sensible level and maybe, just maybe, some of that attrition rate to the internet can be slowed, for now.

The future however seems firmly in the sphere of the connection coming into your computer however and as Ipsos has found with their survey, Canadians are quite happy to surf for hours at and hours seeking out exactly what they want to watch.