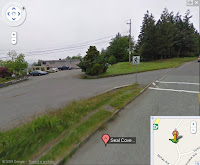 The development of Prince Rupert's Roosevelt Apartments into condos will apparently have a legal chapter added to the three year saga, as almost 30 owners of the local apartments in the converted condo project take some high profile Vancouver developers to court.

Thursday, The Vancouver Province published details of the condo owners concerns as stated in their claim to court, citing and alleging “high-handed, reckless and wanton” misrepresentation in a strata-condo development in Prince Rupert. With that claim, the owners are now set to face off against well known author and developer Ozzie Jurock, his partners David Barnes and Ralph Case and three joint-venture partners in the Prince Rupert renovation project.

In a 10-page statement of claim filed at the Vancouver Law Courts Wednesday, the condo owners outlined a range of complaints about the handling and representation of the status of the buildings prior to purchase.

To get an idea of what the opening remarks may sound like should this in the end arrive in court, we turn to the Vancouver Province and some choice remarks from both sides of the dispute which may one day play out in a Vancouver courtroom.

Shannon Stange, who owns three units in the 45-unit building and is part of the lawsuit, said Thursday the building is in disrepair and requires at least $500,000 in repairs. The suit alleges that information on the condition of the building was withheld from purchasers in early 2007 and that the defendants maintained the building did not require “any significant maintenance repairs or capital expenses” at the time of purchase...


The suit alleges that the defendants’ “misrepresentations” have caused the plaintiffs to suffer “loss and damage, including the difference between the purchase price [of approximately $75,000 per unit] and the market value of the real property acquired” and “consequential expenses.”

Over on the other side of the court room we find the opening thoughst of the defence, who advise that they will be taking full advantage of the opportunity to file a statement of defence, determined to dispute the allegations.

“Please make no mistake that our clients take these allegations very seriously and will spare no expense in defending their reputations in a court of law,” wrote lawyer Alex Eged of the law firm Richards Buell Sutton on Dec. 30, 2009. “Further, be assured that our clients will doggedly pursue their wrongful accusers for all costs and expenses incurred in dealing with specious allegations.”

The full review of the legal proceedings can be found in the Vancouver Province, which outlines much of the background behind the dispute behind the two sides, and perhaps clears up some questions as to the status of those Apartments, located across from the Prince Rupert Regional Hospital.

For the most part they had been relatively off the radar ever since City Council approved the move to condo development, which as we see from our past Podunkian efforts, was a rather controversial topic at the time.

The proposed development came up in late 2006, when there was much talk of a pending boom period for Prince Rupert. With grand plans and dreams spurred on by the container port development, those were heady days when there was talk of a shopping village on the highway, a call for the need to prepare for a rising population and the need for the big city style of housing as showcased by condominium projects.

As things turned out the boom has yet to arrive for the city, much to the disappointment of many residents and housing still offers challenges at times for would be sellers seeking a return on their investments.

And for those that bought into the condominium project. there is it seems a sense of disappointment as well, frustration for a project that hasn't apparently turned out to the satisfaction of the buyers, a review of which could soon be outlined in court.
Posted by . at 1:51 am

so what is happening with this...to date has anything been done ?