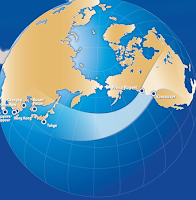 “The mission will provide an ideal vehicle to increase awareness and understanding of the current advantages to be realized through Canada’s Pacific Gateway, and specifically the Port of Prince Rupert, while also introducing the tremendous capabilities to accommodate the growth and expansion of trans-Pacific trade,” -- Don Krusel, President and CEO of the Prince Rupert Port Authority, offering his thoughts as representatives from British Columbia prepare to take part in a trade mission to Asia.

The provinces Transportation and Infrastructure Minister, Shirley Bond is off to the Orient to spread the word on Canada's Western Gateway and she's taking some key participants in the province's transportation system with her on a trade mission to Asia, which gets underway on Monday November 1st.

Senior officials from the Port of Prince Rupert have joined the Minister, as well as their counterparts at Port Metro Vancouver on the  ten day trade mission to Asia which will include stops in Korea, Japan, Hong Kong and China.

A group from Vancouver International Airport rounds out the touring group, which hopes to spread the word about investment in British Columbia's transportation infrastructure and to secure the Gateway as a preferred supply chain route between Asia and North America.

The Prince Rupert Port Authority CEO hopes to emphasize the port's status as the fastest growing port on the west coast of North America, with extensive capacity and land for terminal and facility development to serve Canadian import and export industries.

The Transportation and Infrastructure Minister outlined some of her goals for the trip and outlined the details of the trade mission in a press release issued on Friday.

Those inclined to follow along as the tour continues can follow the progress of the Minister and her entourage as they update the Pacific Gateway website with details of the tour.
Posted by . at 2:27 am