Increasing concerns over the doctor's shortage gains the attention of council 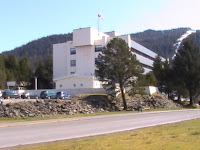 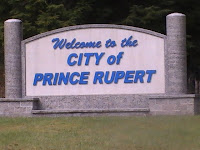 With Prince Rupert suffering a shortage of physicians and those that remain finding the workload increasing, the need to recruit and retain new doctors became one of the discussion points for Prince Rupert City Council this week.

With local doctor Herman Greeff stepping aside from his family practice to dedicate more time to cancer patients, the fate of the Green Clinic would appear to be that of closure.
A situation that will add to the concern in the community that the province is missing the signals that there is a serious problem in many of the provinces communities and especially in Prince Rupert, where a growing number of residents are being forced to use the Emergency room as their only recourse for medical care.
During the course of councils examination of the issue, Councillor Nelson Kinney hinted that there may be some good news on the horizon with the possibility of three new physicians being recruited for Prince Rupert, though he was very light on details and offered no firm confirmation on that possibility.
So far the best that council seems to have come up with is a strongly worded letter destined for Northern Health to advise of their concern over the situation, somehow you get the feeling that it's going to require a bit more influence that a letter.
As the shortage continues and the workload on existing doctors grows, so too will the decline in the quality of life in the city and the ability to actually recruit more doctors to the region.
.
Council might want to expand their inquiries beyond that of Northern Health and perhaps approach the provincial government to head away from Victoria for a few days and get a clearer picture of the dire circumstances that many communities are suffering from the ongoing problems with health care.
With a provincial election on the horizon, there probably will be no better time to get the attention of the Campbell Liberals and gain some relief from what is becoming a very unacceptable situation.
The Daily News examined the local crisis with an article in Wednesday's paper.
Doctor shortage worries council
City lobbying Northern Health, calling for more doctors to be attracted
By George T. Baker
The Daily News
Wednesday, January 14, 2009
Pages one and three
A piece of paper taped to the front door of the Green Clinic spoke loudly about Prince Rupert's current health service.
The note from Dr Herman Greeff to his patients informed the public he was stepping away from family practice so he could focus on cancer patients. His letter resonated loudly at Monday's city council meeting.
.
During the meeting, Mayor Jack Mussallem raised the warning signal that the city is seriously underserved for health services, and that he expects Northern Health to visit council to explain why the city is finding it hard to attract doctors to town.
"It is incumbent on the council to send a letter to Northern Health concerning the shortage of family doctors in the community," said Mussallem.
Currently, the city is suffering from a sharp decline in the number of local doctors.
Mussallem mentioned that with the announcement that the Green Clinic would be closing, the city would yet again lose another family practitioner making it inevitable that more families would go without the service of a family doctor.
Councillor Nelson Kinney said at Monday's council meeting that there could be help on the way to Prince Rupert but he emphasized the possibility, rather than making any firm promises.
"There is a possibility of three more doctors coming to town but Northern Health is concerned about the closing of the Greene Clinic," said Kinney.
Since the late Dr Harris Coburn left his practice this past summer, the Green Clinic has had only Dr Greeff looking after the clinic's list of patients.
It means more residents in need of basic health care will be making their way to the emergency room at Prince Rupert Regional Hospital.
A StatsCan report in June claimed that 25 per cent of all rural patients in Canada use the emergency room for their medical needs.
In the past, Northern Health has suggested it is doing what it can to encourage doctors to move to northern rural communities but the task is daunting.
A lack of infrastructure, difficult workloads and the absence of urban amenities can make the north a tough sale for doctors, new and seasoned alike.
In Stewart, the community has been without a full-time doctor since November, when doctors complained about a lack of professional laboratory technicians and the closing of overnight beds at the hospital.
North Coast MLA Gary Coons said the centralizing of health care by the province to health authorities caused problems in rural areas.
"This is consistent in a lot of rural areas, whether it's the Kootneys, Vancouver Island or the North Coast," said Coons.
"There has got to be strategies and recognition by the B.C. Minister for Health (George Abbott) that there is a problem and we have to go work with the communities to solve it."
Coons blamed Abbott for putting the responsibility to work with the communities and not dealing with the issues directly himself.
"It's him who is failing," said Coons.
Posted by . at 7:44 pm