Unemployment continues to bedevil many of Prince Rupert's residents 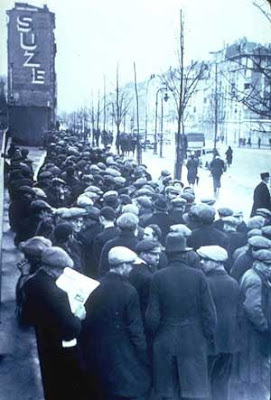 While the real estate market spike upwards in the last year and some progress was made in the restructuring of the city's economic base, unemployment continue to be a rather large part of the Prince Rupert scene.

Officially recorded at 12.5 percent, that number may not be a true reflection of the troubles for local families, as it does not include those that have exhausted their EI claims, those on welfare or those that have just plain given up the search for work at the moment.

With a fishing season bordering on a disaster for shoreworkers and fishing crews alike, the fall and winter months may be an even more worrisome period of time than usual.

Despite the talk of a boomtown in the Northwest, the current unemployment picture provides a snapshot that there is indeed a lot of work left to turn around the economy of the Northwest and Prince Rupert in particular.

The August 6 edition of the Daily News provided some background on the latest Unemployment numbers, which are more than double the provincial average. A total which puts Prince Rupert high on the list of those communities featuring a jobs crisis and seeking solutions for their dwindling population base.

CRIPPLING UNEMPLOYMENT RATE STILL BLIGHTING RUPERT
Latest numbers show the city has twice as many out-of-work as the provincial average
By Kris Schumacher
The Daily News
Wednesday, August 6, 2008
Pages one and three

The most recent Statistics Canada data for Prince Rupert shows the median income of residents to be on par with the rest of British Columbia, but it reveals the unemployment rate in the city is more than double the provincial average.

But despite individual earnings being nearly equivalent to the rest of the province, unemployment in Prince Rupert is resting at 12.5 per cent, which is more than double the B. C. average of six percent.

A piece of good news is that rent prices in Prince Rupert continue to be far less than the provincial average. The median monthly payments for rented dwellings in Prince Rupert were $550 in 2006, compared to $752 for all of B. C.

“The issues that impact people on the North Coast don’t register with Campbell’s Finance Minister,” said Coons. “He never even mentioned issues like the price of food and gas that matter to ordinary people in Prince Rupert.”

According to census data from 2001, Prince Rupert’s 15.4 per cent unemployment was still nearly double the average rate of unemployment in the province, which was 8.5 per cent. The same data also showed that Prince Rupert as more than twice as dependent on Income Assistance and Employment Insurance Benefits than the provincial average.

“We have many people here in Prince Rupert who are struggling to get by on social assistance, and many more who are scraping by on minimum wage,” said Coons. “The price of gas has jumped, and the price of food has jumped, but most people’s wages have stayed the same.

Coons still finds I ridiculous that executive salaries have been skyrocketing while the median incomes of regular British Columbians have been stagnant, and the government shows no signs of raising the minimum wage to tend dollars an hour.

“Even if we raised the minimum wage to tend dollars tomorrow, families would still be struggling to pay for food and clothes for their children,” said Coons. “Yet this premier expects families to make it on eight dollars an hour. Id’ like to see Campbell try to live on that wage.”
Posted by . at 6:10 pm