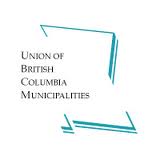 The debate was vigorous and the voting too close to call, so the issue of extending municipal council terms from three years to four will have another day in the Whistler sun.

Delegates attending this years convention of municipal governance in Whistler we split by a margin of 24 votes when it came to offering up their thoughts on the issue, the 24 votes the margin against the extension.

The Wednesday session on council terms seems to have been a rather raucous affair with arguments breaking out and concerns over procedure made time and time again.

Apparently that margin is so close that a challenge was offered and the politicians will be off to the voting lines one more time on Thursday. The initiative to change the electoral time frame came from New Westminster where Lori Williams, is hopeful that after a night of lobbying the politicians will follow the lead of New Westminster and provide a resolution in favour of the motion to be forwarded to the provincial government.

The prospect of municipal politicians extending their own employment term isn't resonating with everyone in the affirmative as can be seen by the close nature of yesterday's vote, though no roll call was provided for those not attending the congress to see how their particular representatives voted on the issue.

Perhaps this burden of decision should fall to  the province's electors, rather than have the province's municipal leaders push forward the project, maybe it should take the form of an election year referendum issue when we next go to the municipal polling booth.

Leaving the decision to extend the terms of our municipally elected officials up to those that send them there (and pay the tab for in the process) in the first place.

Through the week we have been providing updated reviews of the  discussion in Whistler, you can access the wide range of issues in debate from this link.

Update: UBCM delegates rejected the concept of a four year term for the province's city and town councils, some of the review of that decision can be found below.