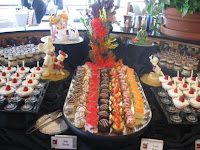 A few near summer days for the end of the week gave way to more traditional north coast weather patterns on Saturday, with much of the same set for the week ahead. Leaving you to your Sunday to plan for the week ahead  and we  hope take some time to review the brunch.

We kick off this weeks review by turning to basketball, where Steve Nash of Victoria provided the living proof that Canadians are tough no matter what sport they play. Nash who plays for the Phoenix Suns has had a rather physical NBA playoff season, featured with black eyes, gouges and any number of other maladies that would make lesser men head off for the disabled list. Perhaps the most impressive exhibition of his fortitude however came this past week, when he reset his nose while running up the court. In the course of some physical play under the Phoenix basket, Nash was bashed on his nose, resulting in cartilage separation and the need for some on the fly medical adjustments, a task that left his team mates watching in wonderment as he relocated his nose back to its proper position.


Alas, in the end even his single purpose determination wasn't enough though, the Suns were eliminated by the LA Lakers on Saturday. The legend that has become Nash was celebrated in the Globe and Mail, the CBC and Toronto Star this past month.

Over at the NHL which felt the need to take a week off before bringing us the Stanley Cup Finals, the future of Jaroslav Halak is looking pretty good in Montreal, not only is he the talk of the town for his efforts on behalf of Les Habitants this spring, but it's even been noticed by high profile American diplomats. David Jacobsen, the US ambassador to Canada played the role of potential player agent this week during an appearance at a Montreal event, in his remarks to the audience, Jacobsen played to the home crowd advising that while he didn't know a lot of French, he does believe that the word  Halak means gigantic contract.

We imagine that the recent election results in England are to be held responsible for Bob Rae's pining for another shot at that Liberal/NDP coalition of a few years back. Rae brought the idea back to life this week, though some suggest that perhaps too much interpretation has been read into his posted thoughts on his website. The prospect of the NDP and aimlessly wandering Liberals finding common ground has apparently put the Conservatives into a combative mood, dredging up some of their past warnings about the potential hordes at the gates of governance.

If someone was to offer the Conservatives a penny for their thoughts, one wonders how long those thoughts might last. Rumours continue to come out of Ottawa that the Finance Minister is giving serious thought to ending the role of the penny in Canada's monetary system. With the cost of production apparently outstripping the actual value of the coin, the prospect of Canadians evening out their purchase prices apparently is getting nearer and nearer.  With Canadians seemingly becoming hoarders of pennies ( or perhaps disinclined to roll them up into fifty cent units), we'll either have millions of dollars in collector items soon, or tons and tons of pointless coins to stash around the house.

The mess in the American Gulf continues to get worse, where BP, which we imagine by now probably universally is known as Bonehead Petroleum is apparently unable to stem the flow of oil from the bottom of the ocean. The much anticipated Top Kill plan apparently has become road kill, not providing any relief from the ongoing disaster that seems beyond resolution at the moment. As stretches of the Gulf region turn into dead zones, the crisis in the south is having some serious repercussions on the Obama presidency at the moment, more than a few political commentators finding fault with his administrations handling and response to the environmental disaster. Some going so far as to say that this is his Katrina, a reference to the pathetic response of George Bush's administration to the flooding of New Orleans. As though to perhaps bring home the message that things are going the wrong way politically for the President, one of the most recognizable Democratic political strategists, James Carville gave the President a very pulbic rebuke.

Not the kind of public relations that the President is going to find useful as he seeks to regain his footing on the issue and on the many other agenda items that he may wish to move forward. While the explosion on the rig and the subsequent blow out isn't the President's fault, the handling of its aftermath is his ball to run. He's finding that no matter what he does, it clearly won't be enough in the short term to remove some of the damage to his political image, though in the scheme of things, his political image isn't nearly in as much trouble as the coast lines of Louisiana, Mississippi and beyond...

Hollywood is mourning the loss of two actors this weekend, Gary Coleman who found fame in the television show Different Strokes passed away in Utah of an intracranial hemorrhage  after an accident in his home.

And Dennis Hopper, one of Hollywood's more intriguing of characters passed away after a lengthy battle with prostate cancer, Hopper who came to prominence with his role in Easy Rider, had a fascinating film career with a number of acting roles and director credits on his resume.

With the world's economic picture rather rocky these days, seeking quality information on the intricacies of the economic picture can be tricky. One of our more reliable options for information gathering is the British magazine The Economist, which features a rather useful and informative podcast for download, updated regularly it provides the latest interpretations of what's going on, it's our podcast recommendation of the week.

And to wrap up this week's edition of the brunch, news that the Ford Motor Company is preparing to bring to an end the line of Mercury automobiles, an ironic twist of fate for the famed line that at one time was the salvation of the then floundering Ford Motor Company. Created in 1939 by Henry Ford's son Edsel (yes the same as your thinking) it's blend of common sense and luxury helped propel Ford on to better times. Now as the auto industry continues to contract, it seems that the Mercury is no longer part of the master plan for Ford. To that end we celebrate the past with this tribute to Mercury's, David Lindley with perhaps the best version of Mercury Blues that there is.