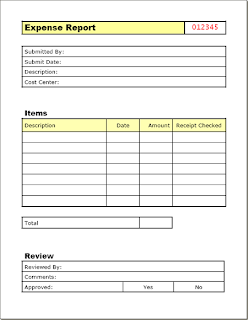 Perhaps it has something to do with distance, at least we imagine that will be the explanation offered up as to why six of the top ten spending Members of Parliament in Ottawa come from British Columbia.

Few financial reports have been made available on the spending patterns of MP's through to the fiscal year end of April 30th, 2010, but the cost of representation not counting salaries is an eye opening number.

In among the top five is Skeena-Bulkley Valley's Nathan Cullen who had a bottom line figure of $580,579 for the fiscal year, good enough for fourth place over all, second place when it comes to British Columbia MP's, trailing only Surrey-White Rock-Cloverdale MP Russ Hiebert for the overall spending title in BC, Hiebert clocks in with $637,093 on the abacus.

Of the top ten spenders of the 308 MP's across Canada, seven are Conservatives and 3 are New Democrats, no Liberals cracked the top ten, more likely indicative of their lack of success at the polls outside of Central and Eastern Canada, where the travel costs to Ottawa are rather low one would imagine.

Mr. Cullen had top five finishes in two categories finishing fourth in both the overall spending numbers of $580,579 and the cost of running an office which took $345,020 out of the federal coffers to keep the link to the people open. The Vancouver Province provided the complete list of the top spending MP's in Ottawa which you can check out here.

The numbers have caught the attention of the Auditor General Sheila Fraser, who is currently engaged in a vigorous debate to seek access to audit the MP's expenses to see what king of value Canadians are getting for their money from the more profligate of Members of Parliament.

A secretive all party committee has been running interference on that plan since it was first rejected ten days ago, though a growing upswell of anger over the secretive nature of MP spending is giving the committee cause for reconsideration of the options.

One imagines that Fraser who has been rather dedicated in examining and holding accountable government on many issues of waste, would enjoy the challenge of exploring MP's spending patterns and reporting back to the public.

It wasn't too long ago in England, that the public was to learn of any number of excesses written off on MP's spending records, the most notable being moat cleaning, which apparently no hard working MP has time to do on their own dime.

Transparency and Accountability are oft used phrases when it comes to politics, the talking point of many an earnest politician striving to show that they have our interests at heart, though of late in some cases they are seemingly empty clichés rather than a guiding fixture.

If Ms. Fraser has her way, before the books are closed on expenses, the list of just how much was spent and on what shall be read, and then we'll see what kind of value we get for our dollars.