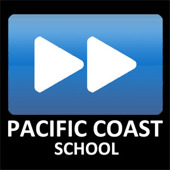 In an era of school closures and grade consolidation, School District 52 is apparently looking to expand one program in the city and with those plans may come the need for a larger facility.

Staff from Prince Rupert's downtown Pacific Coast School appeared in front of the School District 52 board last week to outline their program's success in the last year and how that success has been built upon the school's strength of it students.

In her presentation to the school district board, Principal Sandy Pond outlined that the impact that the school has had in the community has resulted in an increase in the numbers of students wishing to enrol at the school, providing an estimate that there has been a 30 percent jump in enrolment this year.

That jump in enrolment and the interest in the school's program apparently has the School District considering its options for the delivery of the Pacific Coast School programs and with their current lease expiring in early 2011, those considerations may include a change of venue.

And in fact, if the current signage of "For Rent" and "For Lease" in the front windows of the school are any indication, that search for a new location may already be under way.

If indeed the School District has plans to move the school to a new location, hopefully the negotiations go a little bit smoother than the last time that the school sought a home.

Prior to finding its home on Second Avenue West, the Pacific Coast School found itself  as the centre of a storm that involved portions of the city's business community and city council at one time.

One which saw the staff, its then would be students and their parents, the school district and the community at large engaged in a vigorous debate with city council.   A number of sessions which offered up much discussion as to what would be a proper location for a school providing the services that Pacific Coast has been mandated to deliver.

Back in late 2008 the school in effect was chased away from its preferred original location of the Cow Bay area, eventually locating at its current home downtown, but not after a debate which at times offered up themes of double standards and confusion over zoning issues.

Those issues were reviewed on the blog back in 2009, first with the initial rumblings of discontent, evolving into the controversy over the original site selection. Events which were followed by the attempts to find common ground and then with the ultimate decision to relocate in the downtown area.

With the School District set to close yet another school next year as part of its consolidation plans, there may be a call to utilize one of the three schools that will be included in that closed roster by next September.

Though moving a more young adult based educational program into one time elementary schools may make for more concerns in those neighbourhoods, where residents may be hopeful of one day returning elementary students to those classrooms.

Beyond that potential problem area, any move out of the downtown area may detract from the more accessible theme that the school appears to have tried to cultivate and by their indications one which has provided for its success.

It will be worth watching how the School District navigates Pacific Coast to any new location and whether the ghosts of past debates come back to haunt the school district in their efforts to deliver the programs to a growing clientele.

The Pacific Coast story has been the feature attraction from a number of local media outlets over the last week or so.

CFTK provided both an online report and a TV 7 feature last week, while the Northern View outlined the latest developments from the Pacific Coast School with this report posted online yesterday.

Other items of note from our Podunkian archives on the progress of the Pacific Coast School can be found below:


Notice of Correction: Above item was corrected to properly identify Sandy Pond as Principal of Pacific Coast School and not Sandy Jones as originally stated in the item.
Posted by . at 9:23 am

I think the principal is Sandy Pond, not Sandy Jones :-)

duh, correct you are sir, shall correct the error, clearly a few Sandy's employed by SD 52 thanks for catching the error.