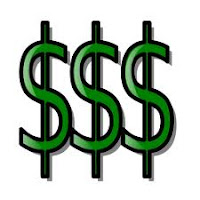 The BC Liberal government has reversed its decision of last year and increased grant funding to province wide Parent Advisory Councils, bringing the funding levels back to their levels of 2008 and before.

In a press release issued on September 29th, the Provincial Government announced that the grants will  double from 11 to 20 dollars per student.

The funding was cut last year as a form of deficit reduction by the government, an unpopular move at the time  which provided many challenges for the provinces schools and their after school programs. The money is designed for use in extra curricular activities, outside of the normal scope of the educational curriculum.

The government is also increasing the funding for district parent advisory councils which will receive $2,500 dollars this year an increase from last years grant of $1,250.

The increased funding will be taken from grants culled from the provinces gaming industry, which will see the provinces PAC's share in some 11 million dollars in funding.

The moves to return funding come as the Campbell government faces a backlash over its introduction of the Harmonized Sales Tax, this move perhaps is indicative of a changing direction for the government

Over the last year there have been a number of issues that became politically hot, the largest of course being the HST,  most of that backlash came mainly due to the government's mishandling of these types of initiatives, issues that have the most public face with the provinces residents and taxpayers.

By returning the Parent Advisory Council funding to its traditional levels, the government may be hoping to take this particular one off the top of the pile and buy a little peace on that front for the foreseeable future.

One wonders if it will signal the start of improved interest in and funding  towards the province's educational system, which has been weighed down by changing strategies and funding limitations over the last number of years.

A strategy which perhaps by now tapping gambling revenues further  could turn the government's HST problems into a more positive light (or at least more acceptable one).

By increasing funding to education through the gambling funds, the government may be hoping for a spin off benefit of deflecting some of the anger away from the unpopular sales tax, by showing an increased commitment towards those items that have an impact on parents, students and school district's province wide.

Vancouver Sun-- Parent advisory council gaming funds restored to $20 per student
Posted by . at 7:36 am